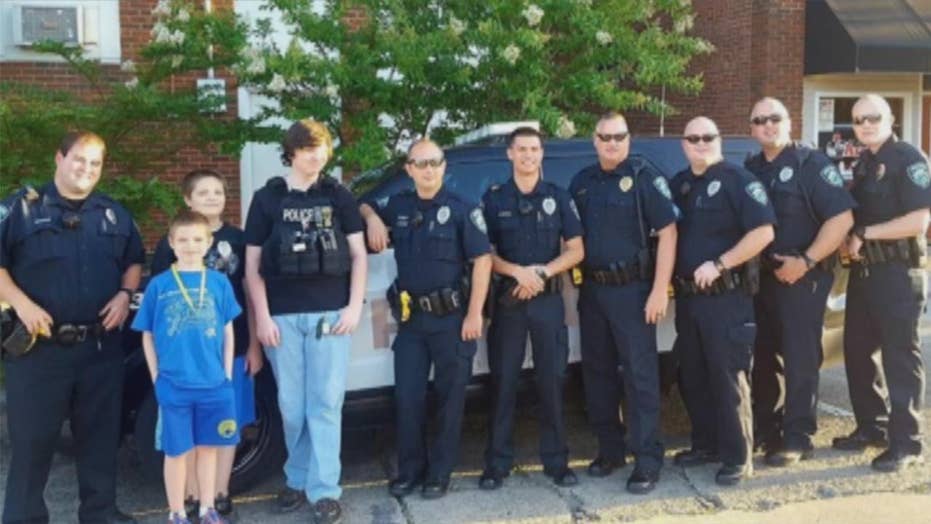 Family of Arkansas teen thanks law enforcement officials for stepping in when only three people showed up for the 15-year-old's birthday party.

Police officer and firefighters in Arkansas joined forces to help celebrate a teenager's birthday after only three people showed up to his party.

Bradley Butler of Russellville, Arkansas turned 15 last week. In light of the event, his father, Ben, decided to throw a birthday party for the boy, who has autism, at a local arcade. While 30 people said they would be there, only a few actually showed, Ben told Fox 16.

"We had about 30 people R.S.V.P but only three people showed; two of Bradley's friends and one adult," he said.

That’s when Ben decided to call longtime friend Sgt. Mark Frost with the Russellville Police Department, asking if he could help out. But he never expected what happened next.

"Next thing I knew we had about 8 officers, 7 patrol cars, the Russellville Fire Department," Ben told the news station. Frost told Fox 16 birthdays are important for kids, adding that they “need to celebrate with people.”

Bradley was happy the firefighters and police officers were able to help him celebrate.

"It made me sad, but I had all my close friends with me, so that's all I needed," Bradley told Fox 16.

On Facebook, the police department said its members were “proud that we were able to make this party a little bit brighter for the birthday boy.”