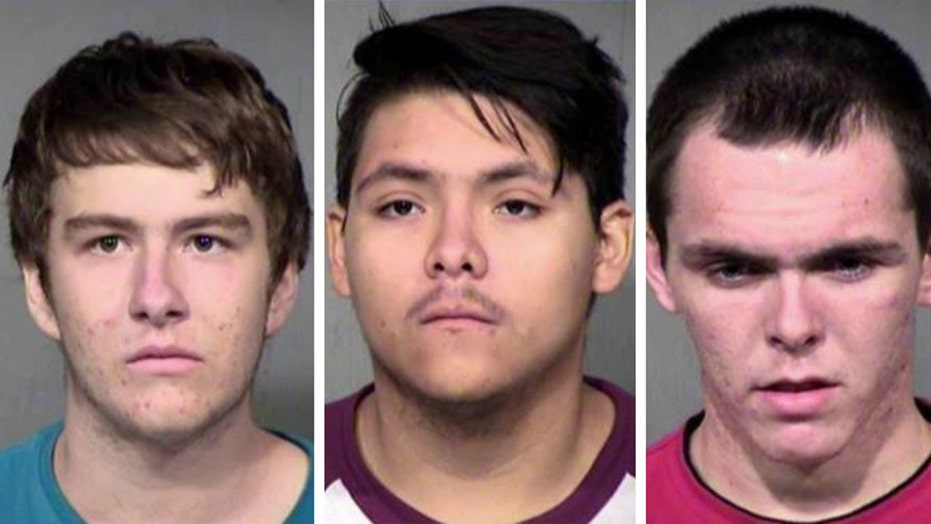 Officials believe the teenagers are not connected with the original shooter

Arizona cops arrested three teenagers on Saturday night who they said were firing projectiles at vehicle windows with a slingshot, but authorities stressed during a Sunday news conference that the incident was not linked to the state’s recent spate of unsolved freeway shootings.

Maricopa County Sheriff Joe Arpaio said the trio of 18 year olds admitted to shooting at numerous vehicles during a four-hour time span. Two people in one of the vehicles that were shot at recorded the license plate of the car the teens were riding in. While Arpaio said Saturday’s incident was still serious, he separated it from the 11 confirmed incidents of vehicles that have been hit by bullets or other projectiles on Arizona’s freeways.

“We feel that this is probably a copycat,” Arpaio said.

The teens were each booked on a charge of criminal damage and conspiracy, according to Arizona Department of Public Safety Director Frank Milstead.

“What the kids were doing last night was absolutely lethal,” Milstead said. “None of this is fun and games. It’s all very serious.”

“We feel that this is probably a copycat"

Turning back to the Arizona freeway case, Milstead said there hasn’t been a reported projectile shooting since Thursday. He also pointed to the variety of shootings – some with bullets, some with other types of projectiles – in saying that authorities have yet to determine if one person or a series of individuals is behind the incidents.