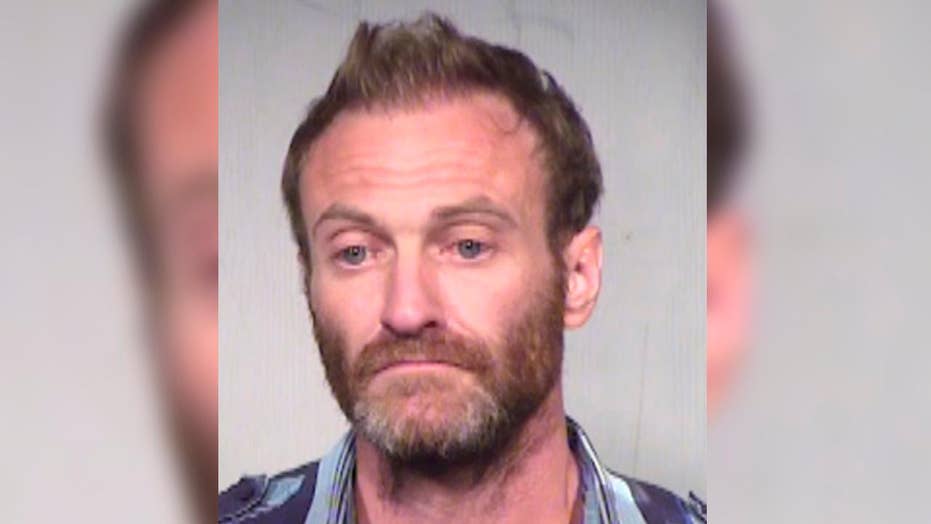 Arizona man claims he stole an ambulance because it was too hot to walk home from the hospital.

A man leaving an Arizona hospital Tuesday tried to beat the heat by stealing an ambulance to avoid walking, police said.

The Mesa Police Department said in a news release Todd Shell, 37, had just been released from the Banner Desert Hospital around 11:30 a.m. for a "heat related situation."

"When officers interviewed Shell after his arrest, he said when he came out of the hospital he thought it was too hot to walk home," police said. "He walked back towards the hospital when he found the ambulance running in the bay while the crew was dropping off another patient. Shell decided to take the ambulance at that point so he wouldn't have to walk."

Mesa Police said Shell was found driving on the U.S. 60 Freeway, and that, as officers tried to stop the 37-year-old, he "continued driving at normal speeds."

Mesa Police said that Todd Shell stole an ambulance because he said it was too hot to walk. (Mesa Police Department)

After getting off the freeway, Shell stopped and was soon surrounded by police.

"Shell said that he wanted to buy a sandwich, but needed to go home and get some money first," police said. "He said that he intended to return the ambulance."

A representative with the Phoenix Fire Department told FOX10 it's not out of the ordinary for EMTs to leave the keys in the ignition, while bringing a patient into the ER.