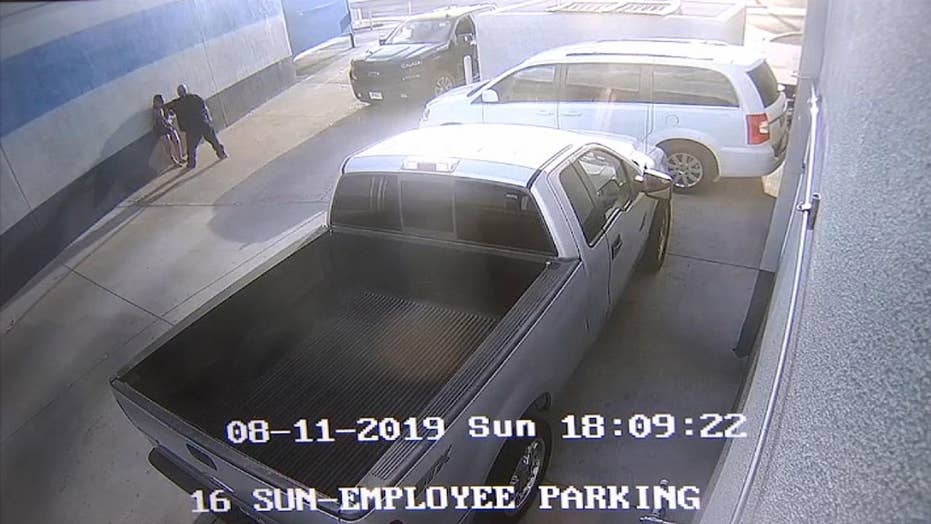 Woman chased, forced into truck by man in Arizona

Raw video: The Maricopa County Sheriff’s Office is asking the public’s help to find the woman being forced into a truck by a man in Youngtown, Arizona.

Authorities in Arizona believe a woman seen in surveillance video being forced into a truck by a man may be in danger, and officials are pleading with the public for help finding the unidentified pair.

The incident happened Sunday at about 6 p.m., when cameras captured the woman running away from an unknown male, the Maricopa County Sheriff’s Office wrote on Facebook. She was seen screaming for help and eventually being forced into a truck with her pursuer near a car wash in Youngtown, about 20 miles northwest of Phoenix.

"I heard screaming at first and then I saw him trying to get her into the truck," an employee at Clean Freak Car Wash who asked not to be identified told FOX10.

The man chased the woman to an area near 111th and Grand Avenue, where he forced her into a black 2019 Chevrolet Silverado pick-up truck, according to police.

"I yelled at him, told him to stop and leave before I call the cops," the employee told FOX10. "He did not show any acknowledgment whatsoever."

Authorities are asking for help after a woman was seen on surveillance video being forced into a truck by a man. (Maricopa County Sheriff's Office)

The truck backed into another vehicle before driving off. The sheriff's office said the other vehicle sustained minor damage on the passenger side due to the collision.

"It is possible the female involved in this incident is in danger," police said.

The woman is described as possibly being in her mid-30s and wearing a black dress and sandals. Her height is estimated between 5 feet, 5 inches and 5 feet, 7 inches, weighing around 140 to 170 pounds, with dark hair and dark eyes.

The man, who may be in his mid-30s, was wearing a black T-shirt with white graphics and jeans.

The truck has a possible California license plate of AE92W27, according to police.

The sheriff's office is asking anyone with information to contact them at 602-876-1011.