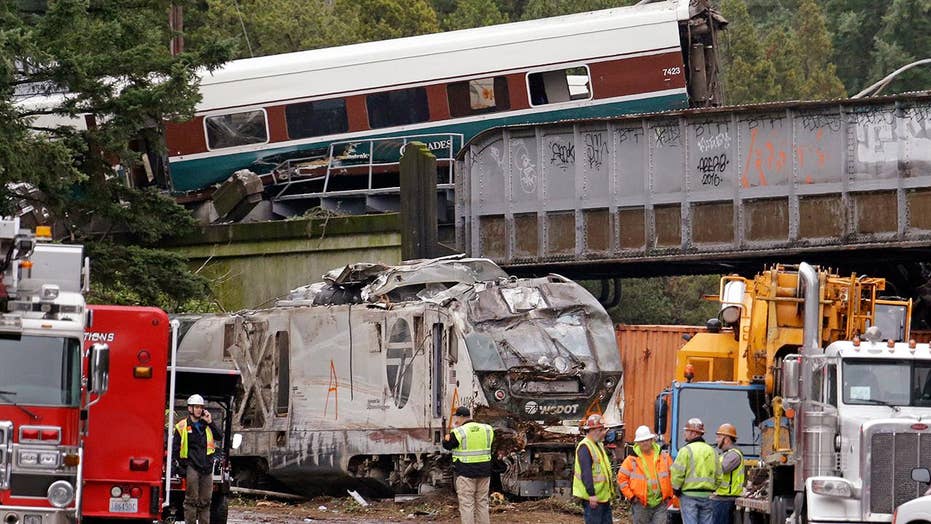 Rail investigator: Deadly derailment could have been avoided

An Amtrak train that derailed Monday in Washington state – killing at least three people and injuring more than 100 – was not using a Congress-mandated safety technology that possibly could have prevented the disaster.

Amtrak President Richard Anderson confirmed that the technology, called Positive Train Control (PTC), was not in use on the stretch of track in Washington state where a deadly derailment occurred.

The system is designed to automatically stop a train before an accident occurs. It uses GPS tracking to monitor train locations, activate brakes if a train exceeds a speed limit, and ensure no collision with other trains.

Investigators will now look into the safety system to determine whether it could have made a difference Monday.

Transportation Department spokeswoman Barbara LaBoe said the curve where the train was crossing has a speed limit of 30 mph, the Seattle Times reported. “Engineers are trained to slow trains according to posted speeds,” LaBoe said.

In 2008, Congress legislated a deadline for Amtrak and other rail companies and agencies to install PTC by the end of 2015. But due to the price tag – reportedly more than $22 billion over 20 years – the implementation of the system has been delayed.

But urgent calls to install the system returned after a 2015 Amtrak derailment near Philadelphia that killed eight people and injured more than 200.

An investigation found that the train’s engineer became distracted and the Amtrak train was running 102 mph in a 50 mph zone. It also said the PTC system could have prevented the disaster.

A new deadline for the rollout of the safety system was set at 2018 – or even later for some railway segments.