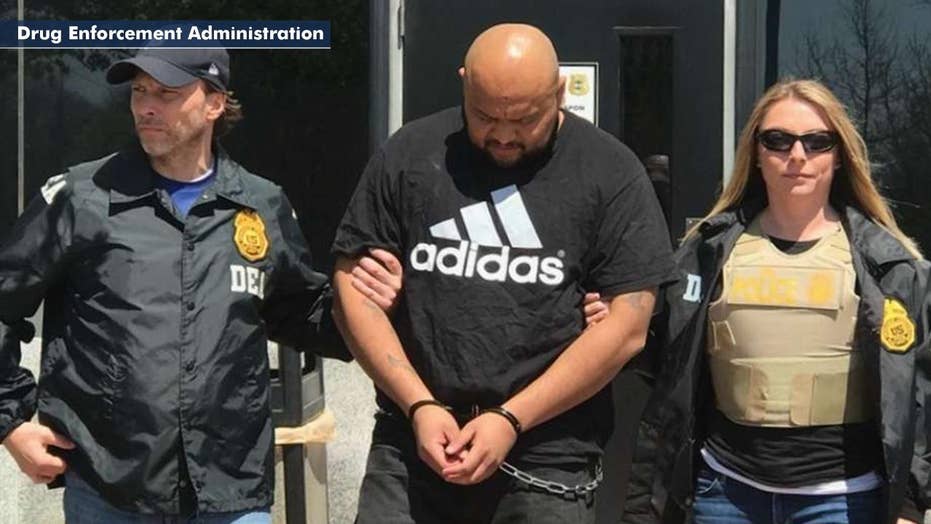 Alleged major drug trafficker, who's accused of being a kingpin in the MS-13 gang, tells a judge life in prison is unbearable and complained about lack of phone access.

An alleged major drug trafficker known as "Reaper," who's accused of being a kingpin in the brutal MS-13 gang, told a judge life in lockup is unbearable and complained about a lack of phone access and the "discrimination" he faces at a New York county jail.

“Discrimination. I’m suffering in this county. They call me ‘El Chapo.’ Die, scary guy,” the so-called East Coast leader of the notorious gang told the court he had received “a lot of death threats” from outside the jail.

Corea Diaz was charged with three counts of operating as a major drug trafficker and five counts of second-degree conspiracy. He pleaded not guilty to the crimes in April. The district attorney’s office had told the court Corea Diaz reported directly to the gang’s leaders in El Salvador.

In front of Harrington on July 31, however, Corea Diaz painted himself as a loving father who misses his children, the paper reported.

“I’m a human being, I have a family. I have children. I’m not able to talk to them,” he said. “It’s about time that I speak to them because when I get deported, I don’t know if I’m going to be able to speak to them again.”

Corea Diaz is locked in his jail cell for 23 hours a day and has limited phone access, his lawyer Scott Gross told the judge, adding “The conditions have been unbearable.”

In response to Corea Diaz’s pleas, Harrington said she had no control over where the jail houses inmates, but would look into getting him more phone access.

Corea Diaz, a Salvadoran national, faces 25 years to life in prison if he’s convicted of the charges against him. Plea negotiations with Corea Diaz are ongoing, district attorney’s office spokeswoman Miriam Sholder told Newsday. The district attorney’s office in June offered Corea Diaz a plea bargain of 7 to 21 years in prison, the newspaper reported, citing court records. He would have to waive his right to appeal the conviction.

MS-13 was started by Central American immigrants, mainly from El Salvador, in Los Angeles in the 1980s. (Reuters)

Corea Diaz was named in a January indictment that officials claimed was a major blow to MS-13’s infrastructure.

MS-13 was started by Central American immigrants, mainly from El Salvador, in Los Angeles in the 1980s and has expanded to include Hondurans, Guatemalans, Mexicans and other Central and South Americans.

President Trump's Justice and Homeland Security Departments have made targeting the gang a top priority. The president himself has used the word "animals" to describe the gang.