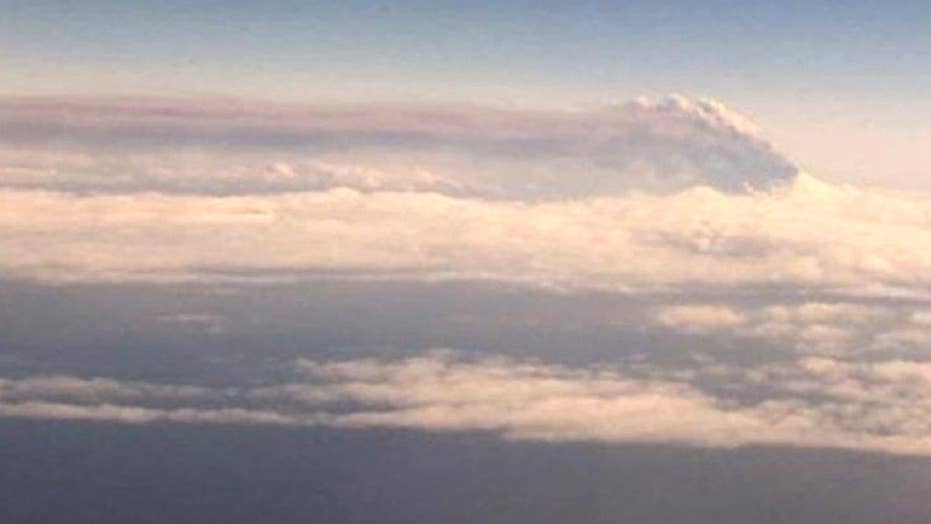 Alaska Airlines said Monday it has cancelled more flights because of a massive cloud of volcanic ash from Alaska's Pavlof Volcano that spewed into the air.

The Seattle-based airliner said it has canceled 41 flights involving six Alaska cities until the airline can evaluate weather reports after daylight Tuesday. The cancellations include all flights to and from Fairbanks.

The airline says it will resume its 54 regularly scheduled flights on Tuesday if conditions improve.

Pavlof Volcano, one of Alaska's most active, is 625 miles southwest of Anchorage on the Alaska Peninsula.

The volcano erupted Sunday afternoon, and by Monday morning an ash cloud had stretched northeast more than 400 miles into interior Alaska.

The U.S. Geological Survey reported that the volcano, located erupted at 4:18 p.m. local time (8:18 p.m. ET). The agency said that the eruption also led to tremors on the ground.

The agency says the volcano, which is about 4.4 miles in diameter, has had 40 known eruptions and "is one of the most consistently active volcanoes in the Aleutian arc."

The Alaska Volcano Observatory says that ash plumes from past eruptions have risen as high as 49,000 feet. During a previous eruption in 2013, ash plumes rose 27,000 feet.

The community closest to the volcano is Cold Bay, which is about 37 miles southwest of it and has a population of approximately 100 people.