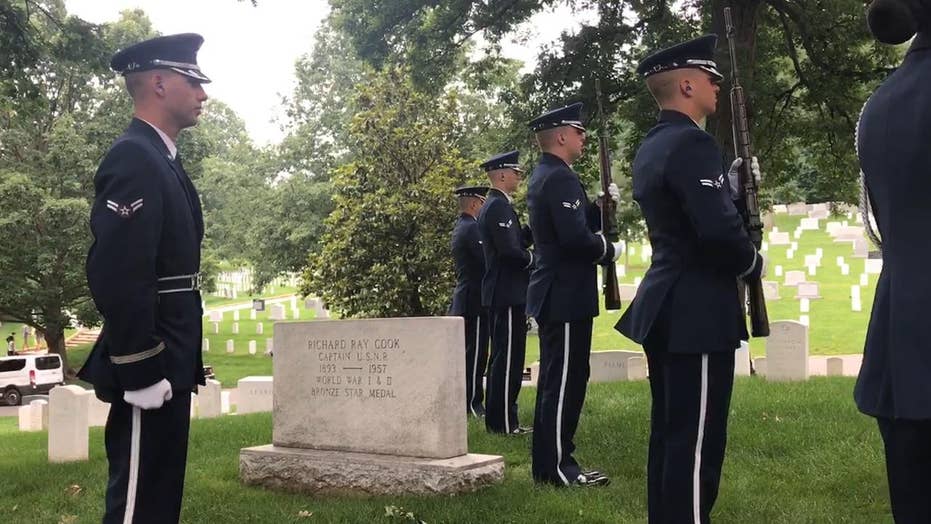 Air Force honors those who make the ultimate sacrifice

At 17-years-old Airman First Class Gage Garfin became a Ceremonial Guardsman in the United States Air Force Honor Guard. The Louisiana native said he felt called to serve, so he joined the Firing Party with hopes of honoring those who make the ultimate sacrifice.

The Firing Party element typically consists of seven riflemen and the Non-Commissioned Officer in Charge of Firing Party who calls out commands during a fallen Airman’s funeral.

The custom originates from the European dynastic wars, according to Joint Base Anacostia–Bolling, where the fighting ceased so the dead and wounded could be removed. Then, three shots were fired into the air to signal that the battle could resume.

“I heard a little girl crying and she was asking if that was her Daddy,” Garfin said describing a recent ceremony. “I’m not going to say that it broke something inside of me but it really did hurt because this was someone’s father.”

He says it’s a part of the mission. “There’s no bigger honor than sacrificing your life for our country and those individuals deserve to be honored themselves and I felt like this was the best way to do it”.

Family members in attendance sometimes send letters to the Honor Guard thanking them for their service.

Mary Guptill sent a letter in April of this year stating her gratitude. “You have given us a priceless gift, memories of perfectly executed ceremony. I wish I could have spoken with each and every one of you personally and thanked you for participating.”

DAD WITH ALS STANDS TO 'TAP OUT' AIRMAN SON

Garfin says joining the military is an honor, but it very well could have helped save his own life.

“I had a rough upbringing early on and coupled with my behavior, I bounced from school to school,” he explained. “I finally reached a point in my life where I realized that if I didn’t do something productive I’d either end up in jail or dead. I needed that change and that was the Air Force.”

Garfin says he wants to continue improving in his position as a Ceremonial Guardsman. “It’s just one of those things you have to do your very best and perform at the highest of standards to show that you respect and that you want to honor that fallen individual”.

Eventually, he hopes to learn all the other positions in the unit.