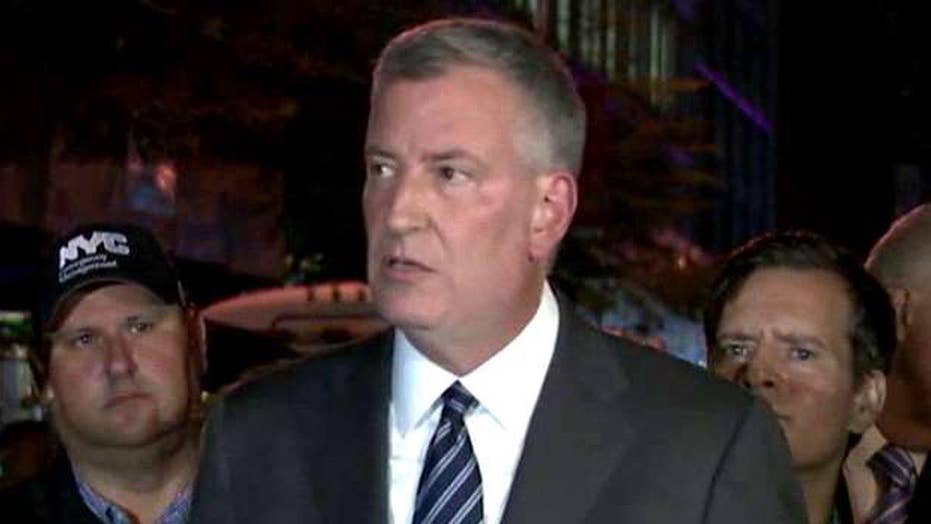 NYC mayor on blast: We believe this was an intentional act

Travelers in and around the New York City area are facing extensive travel delays after law enforcement officials discovered a backpack filled with explosive devices late Sunday at a train station in Elizabeth, N.J.

Elizabeth Station , which is just south of Newark Liberty International Airport, serves tens of thousands of travelers and commuters every day. On Sunday night, New Jersey Transit officials closed the Northeast Corridor and North Jersey Coastline rail service overnight, but said both resumed service at around 5:30 a.m. ET. Travelers can expect increased police presence throughout stations along the Northeast.

On Monday morning, Amtrak posted a service alert notifying travelers to potential delays and even cancellations.

“Service was suspended Sunday evening due to police activity near the Elizabeth, NJ station and passengers should be prepared for the possibility of additional cancellations and delays throughout the day Monday.”

Amtrak expressed that it  “regrets any inconvenience” caused by the investigation and advised that all travelers contact the rail service to confirm their train’s status or make changes to their plans.

By Sunday morning, most streets that were closed around Manhattan’s Chelsea neighborhood has reopened, with the exception of West 23rd between Fifth and Eighth Avenues, causing minor commuting delays Monday morning. However, the 23rd Street and 28th Street subway stations near the bombing were both open on Monday, according to New York's Metropolitan Transportation Authority.