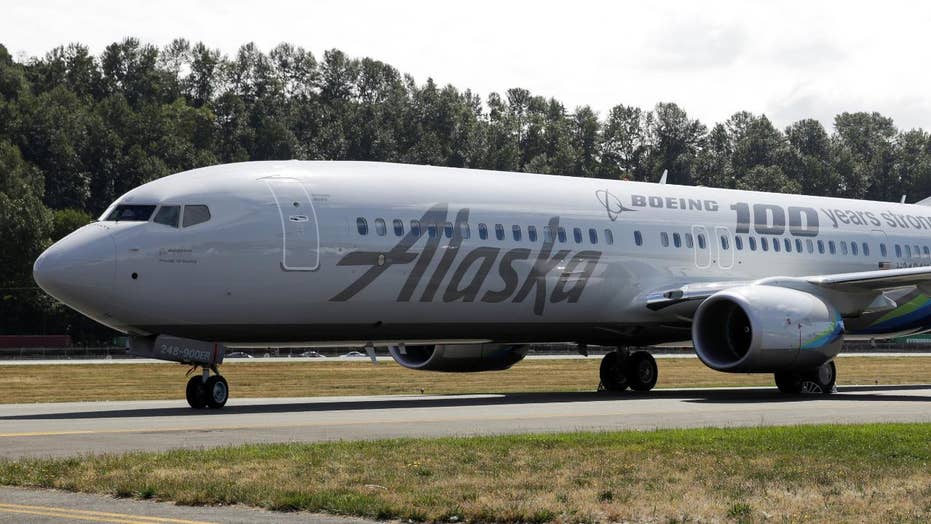 Teen with Down syndrome booted from Alaska Airline flight

Alaska Airlines booted a family from a flight after a teen with Down syndrome threw up. The airline says he posed a health risk and the family saying he was discriminated against.

One woman is accusing Alaska Airlines of disability discrimination after the carrier deplaned her teenage brother with Down syndrome ahead of a flight from St. Louis to Seattle because he vomited “a little” after boarding.

On April 2, Patrick Hess boarded flight 779 with his family after an Easter weekend getaway and soon threw up. He was then asked by flight attendants to deplane with his parents, NBC News reports.

"After boarding the flight, Patrick threw up a little and the airline workers kicked my family off the flight," Meaghan, a third-year law student and a staffer for the 9th U.S. Circuit Court of Appeals, confirmed to the outlet. She was not traveling with her parents and brother at the time.

Though Alaska Airlines rebooked the Washington family for a 6 a.m. flight the next morning, Meaghan said that they did not offer to pay for hotel accommodations. A representative for the carrier told Meaghan and Patrick’s father that the family should have been charged, but the airline was “extending a courtesy,” NBC reports.

Furious, Meaghan claims the carrier left her parents and brother effectively "stranded at the airport for nearly 11 hours knowing that my family had nowhere to go for the night.”

Though Alaska Airlines rebooked the Washington family for a 6 a.m. flight the next morning, Meaghan said that they did not offer to pay for hotel accommodations. (Meaghan Hess)

“Instead, all they did was hand my parents a black garbage bag, saying that my brother could just throw up in that,” she added.

"The family was not able to depart on their original flight because the family’s child was visibly ill. Out of an abundance of caution, the agent determined that the child was not fit to fly," representative Ann Johnson told NBC. "In the case of a medical-related situation, it is safer for guests to be treated on the ground, as our crew are not trained medical professionals."

"It’s not just about getting kicked off but the terrible treatment after the fact,” Meaghan told Fox News. (Meaghan Hess)

"We apologize that Patrick and his family had a difficult experience traveling with us. When a guest is actively ill prior to a flight, it is safer for them to be treated on the ground than in the air, where medical assistance is limited," she said.

“We are not looking for anything. We do hope this will encourage companies to ensure they have policies and procedures protecting disabled persons," Meaghan said. (Meaghan Hess)

"In this case our guest’s symptoms did not improve and we were concerned for his wellbeing. We understand that this change put the family in a difficult situation and have reached out to them. We strive to be our best for every guest, every time."

Though Alaska Airlines flew the Hess family back home first class, Meaghan isn’t satisfied with the way the carrier handled the situation and described their actions as "disability discrimination."

"I can’t help but think if [it had been] a non-disabled child that threw up, would the airline have kicked that family off the flight," she mused.

“Disabled persons are in a vulnerable class and often can’t speak out for themselves and that’s why we feel it is so important to share our experience to help bring awareness to these issues. It’s not just about getting kicked off but the terrible treatment after the fact,” Meaghan told Fox News on April 6.

“We are not looking for anything. We do hope this will encourage companies to ensure they have policies and procedures protecting disabled persons. In this divided country, I hope that we can come together to stand against disability discrimination,” she added.

Alaska Airlines did not immediately return Fox News’ request for comment on the Hess family’s claim, but confirmed to NBC that they are investigating how the incident was handled.

In recent months, Alaska Airlines has been plagued with complaints of harassment and discrimination, involving both passengers and staffers.

In November, Randi Zuckerberg publically chastised the carrier for allowing a passenger to make "lewd sexual remarks" to her during her flight. In January, the carrier banned a California man from future flights over allegations that he sexually harassed a flight attendant during the trip.

In March, Alaska Airlines pilot Betty Pina filed lawsuit against senior pilot Paul Engelien for allegedly drugging and raping her during an overnight layover in June 2017. A spokesperson for the carrier confirmed to Fox News that Engelien “is not flying and was taken off the line immediately after learning of the incident.”