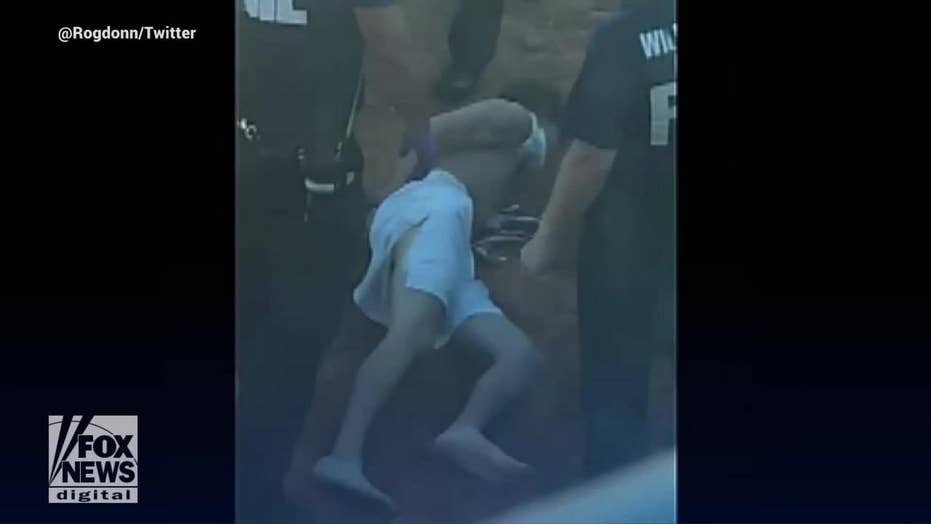 Teen suspect at Will Rogers Airport runs across tarmac, jumps off terminal roof to avoid arrest

A teenager jumped off the roof of a terminal at Will Rogers Airport in Oklahoma City in an apparent attempt to evade authorities. According to the airport’s spokesperson, the suspect was able to escape from the plane onto the tarmac and was taken into custody only minutes later.

A teenager apparently attempted to make a daring getaway from authorities at the Will Rogers Airport in Oklahoma City.

The suspect had a felony warrant out for him in Cleveland County, Okla., when he arrived at the airport on a United Airlines flight from Houston. He became aware that deputies were waiting for him at the airport.

A spokesperson for Will Rogers Airport confirmed to Fox News that the suspect was able to escape from the plane onto the tarmac before he could be taken into custody. He then attempted to escape on foot.

It was also confirmed to Fox News that he was under observation throughout the entire chase.

At one point, he made his way onto the airport’s roof, where he jumped down onto a jet bridge and into a construction zone.

His plane arrived at 1:42 p.m. local time. According to the airport’s spokesperson, the teenager was taken into custody only minutes later.

The spokesperson also confirmed that no flights were impacted.