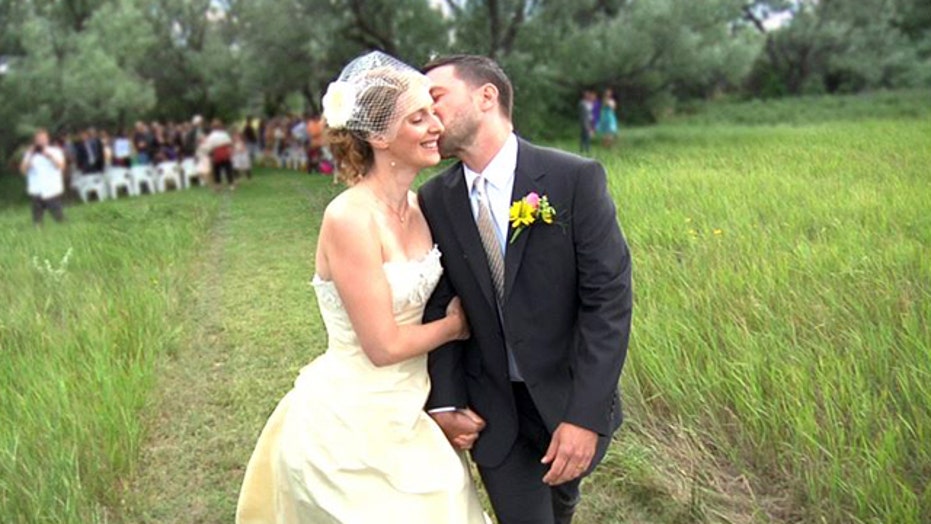 Planning a wedding in a social media world

These days brides have so many tools at their fingertips for planning weddings. Social media is a big source with sites like Pinterest, Instagram and Facebook that project the dream wedding that looks oh-so-easy to pull together.

Celebrity weddings can also generate many ideas and leads.

But all these images can also quickly overwhelm and bust budgets.

"It's like sensory overload. I didn't know what I wanted, until someone else had it already," says Briana Acuna, who is getting married this fall.

Brittany Moran, also a bride-to-be, says, "It's nice that resource is out there that has those nice pictures for you to see and for you to dream about... and then there's definitely a reality check that comes into play."

Moran's wedding planner, Kerri Butler of A Touch of Bliss, knows all about the impact of social media. "We see fatigue when they come in to meet with us for the first time," says Butler. "They've honestly overwhelmed themselves through all of their online vendor searches or overloading their Pinterest board and they're just at their wits end, which creates an opening for us to come in and say, 'let's focus this.'"

Butler does not see social media as a total drawback, though.  "We feel that there's very strong advantages to social media... with wedding planning.  First, it gives our brides and couples a voice."  She says it also helps with visualization. "Our couples are exposed to really amazing ideas all over Pinterest and TV and magazines and we think that's really fantastic."

But turning that vision into reality is the hard part.

It can get tricky for venues and vendors working with couples who don't have wedding planners.  Butler, who functions as a buffer, hears from florists and bakeries who are asked to recreate pricey items. "I would say 80 or 90 percent of what's on Pinterest is editorial... it's pulled from a magazine, it's very content rich and it's not necessarily budget friendly."

Take for example the money shot with a cow. A picture of newlyweds kissing with cows in the backdrop at the The Double T ranch in Stevinson, California made it into a Kelly Clarkson music video and Pinterest.  The ranch's curator Tony T. Azevedo says couples began requesting that shot at their wedding. "What it caused was every bride from then on out wanted to take a picture with a cow and it was a freak shot, the cattle just got around the bride, so it's hard to re-enact that shot again with cattle."

Another challenge when looking to social media for inspiration, says Briana Acuna, she can see what friends are doing and it is hard to resist the temptation to compare.

Butler says she and her team spend a lot of time, managing expectations.  She says good wedding planner can save money and help couples find more affordable versions of what they're seeing online.

"Try to simplify... focus on the things you love.  It's your wedding, don't worry about pleasing everybody else.  It's about you two, so just focus on that," says Butler.