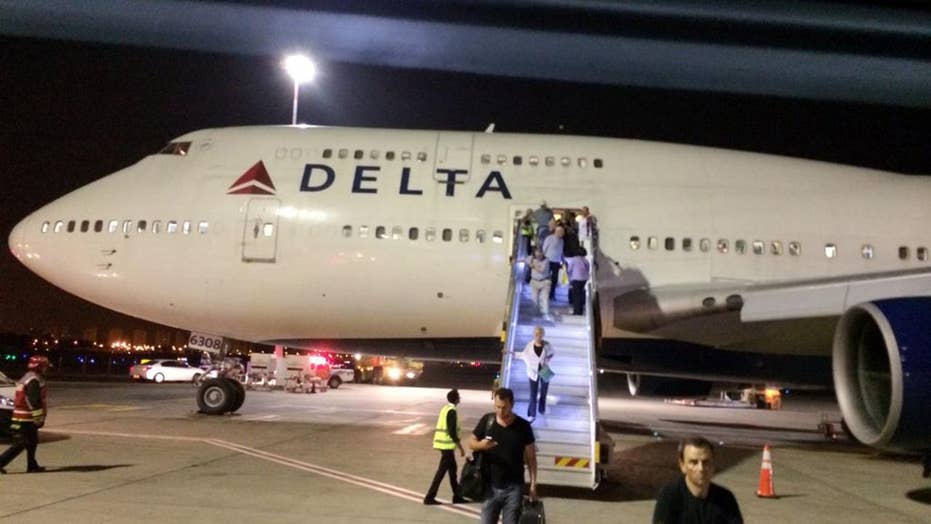 Delta is currently investigating the incident.

The owner of an 8-year-old Pomeranian dog found dead during a layover on a Delta flight has accused the airline of a “cover-up.”

Alejandro was found dead in his crate in the cargo facility at Detroit Metropolitan Airport in Romulus, southwest of Detroit.

Michael Dellegrazie, the owner, said the dog was alive when the flight from Phoenix, Ariz., landed at the airport around 6:30 a.m. Wednesday for a scheduled layover en route to New Jersey.

About two hours later, Alejandro was found dead by an agent, who said the dog was unresponsive. He reportedly had vomit in his crate. The dog’s blanket also had blood stains.

"We lost a family member. That's exactly what happened, and somebody has to be responsible for it. He was in their care and they didn't take care of him,” Dellegrazie told WDIV-TV.

Dellegrazie, who owns the dog with his girlfriend, said he’s grasping to understand how his Pomeranian died while heading to Newark, N.J.

He told ABC News’ "Good Morning America" there were several strange interactions with Delta while trying to retrieve his dog’s body and items.

“I was very careful that the handoff was done cleanly, so I opened the first garbage bag and in that I discovered something that shocked me. ... It was a blanket that was full of blood.”

Dellegrazie said the dog's items were also wet. “The only explanation I could find was they were washed. It was a cover-up, something to that effect — it just didn’t feel right,” he told ABC.

A Delta Air Lines spokesman told Fox News the dog was seen in good health after the flight and brought to the staging area. The kennel facility determined the dog had died about two hours after landing and airline officials immediately notified the owner. The spokesman added that Delta offered to conduct a necropsy, but was told by the owner to hold off.

In a statement, Delta said it is conducting an investigation.

“Pets are an important member of the family and we are focused on the well-being of all animals we transport. Delta is conducting a thorough review of the situation to ensure this does not happen again and have been working directly with Alejandro’s family to support them however we can,” the statement provided to Fox News read.

“As part of that review, Delta offered to have Alejandro evaluated by a veterinarian while in our possession to find out more about why this may have occurred. We are disappointed that we were not allowed to have a necropsy performed immediately following this unfortunate situation. The family now has Alejandro and we continue to offer our support,” it added.

It's still unclear what caused the dog's death. Dellegrazie’s attorney, Evan Oshan, said the family is "devastated" over the incident.

Oshan is the same lawyer who represented the owners of the French bulldog that died on a United Airlines flight in March. The 9-month-old puppy, Kokito, died after he stopped breathing on a flight from Houston to New York, after a flight attendant told the owner to put him in the overhead bin rather than under the seat.