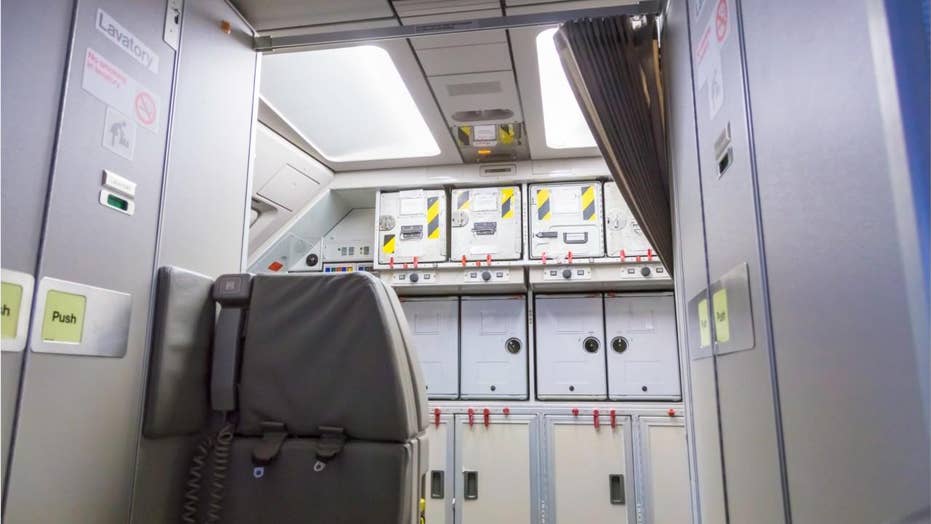 U.S. Olympic beach volleyball player Stafford Slick captured footage of a couple exiting a commercial aircraft bathroom together. A long line had formed outside the lavatory while the man and woman were inside for several minutes. According to Slick’s caption, he believed the couple were using the opportunity to join the ‘Mile High club.’

A viral video appears to show a couple exiting an airplane bathroom after spending several minutes together inside the cramped space.

Also, while the couple was doing whatever they were doing inside the bathroom, several passengers had lined up outside to wait their turn. Based on their reactions, not everyone was happy to finally learn why they had been waiting for so long.

The footage was filmed by U.S. Olympic beach volleyball player Stafford Slick, Yahoo News Australia reports. The athlete reportedly filmed the encounter and shared it to his Instagram story with the caption, “Couldn’t believe my eyes … I’ve heard the legends, but never thought I would see it in real life.”

He then used a hashtag that implied the couple had joined the infamous “mile high club” — a term for people who claim to have had sex on an airplane.

The footage eventually made its way to the Instagram page Passenger Shaming. Based on the responses, social media followers seemed to agree with Slick’s assessment of the situation.

One user was mostly amused by how other passengers reacted, posting, “The look on the lady to the right after the door closes is marvelous.”

Of course, some users felt her reaction was a little understated, with one person posting, “I would not want to be the first passenger in that restroom after that! That woman is brave!”

Others were impressed that the couple was able to fit into an airplane bathroom together, with one reply reading, “If two of you can fit in one of those lavatories, I want your tiny selves in my row!”

Another user added, “How?! How can 2 full-grown humans fit in those bathrooms! I’m screwed if I have to turn around in any fashion in those water closets.”

“Bonus points for wearing the same outfit!” another humorously noted.

However, not everyone was impressed — especially with the man. One user pointed out his apparent lack of chivalry, writing, “The way he just burst out of there and took off, leaving her to handle the crowd.”

Fox News reached out to United Airlines, who Slick tagged in his original Instagram post, but they did not immediately respond.