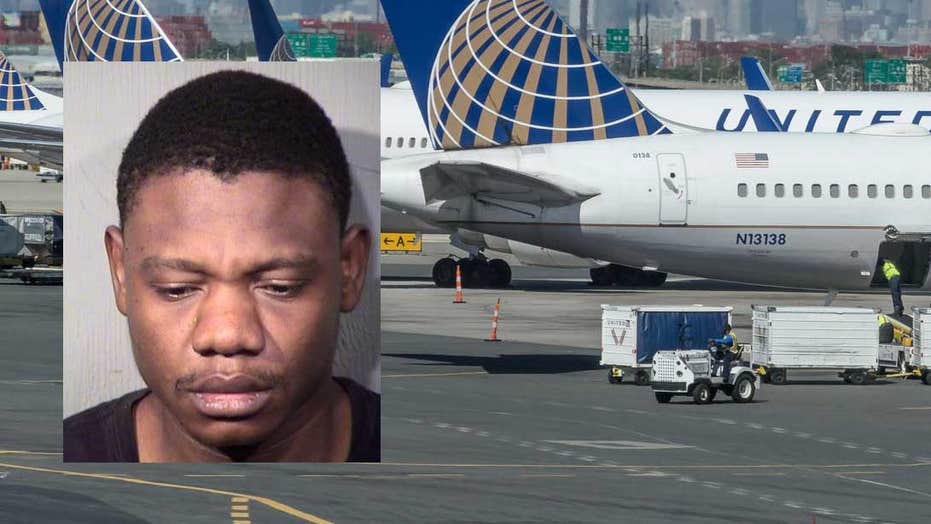 Here’s hoping he at least got to ride the slide before he was arrested.

A 39-year-old man is facing criminal charges after he was found trespassing at the Phoenix Sky Harbor International Airport yesterday, where he also somehow managed to activate the emergency slide on a United Airlines aircraft.

WATCH: PASSENGER PLAYS ROCK-PAPER-SCISSORS WITH TARMAC EMPLOYEE FROM INSIDE PLANE

Police said a passenger at Sky Harbor witnessed the suspect, Zackaria Mohamud Mudasir, enter Terminal 2 from the closed Gate 3 jetway just after 2 a.m. on Tuesday, the airport confirmed in an incident report.

The passenger notified the police, who responded to question Mudasir. They said he initially gave them a false name and was giving differing accounts of how he ended up in the terminal. He did admit, however, to deploying the slide on a United Airlines plane after authorities became aware that one had been activated.

United Airlines has confirmed it is working closely with local authorities to investigate. (Robert Alexander/Getty Images)

A representative for United confirmed to Fox News that the carrier was working with local authorities in their investigation.

“We are aware of this issue which happened early in the morning of August 13th at Phoenix Sky Harbor International Airport involving one of our aircraft, and are working closely with local authorities," a spokesperson said. "We will provide any assistance necessary as this investigation continues.”