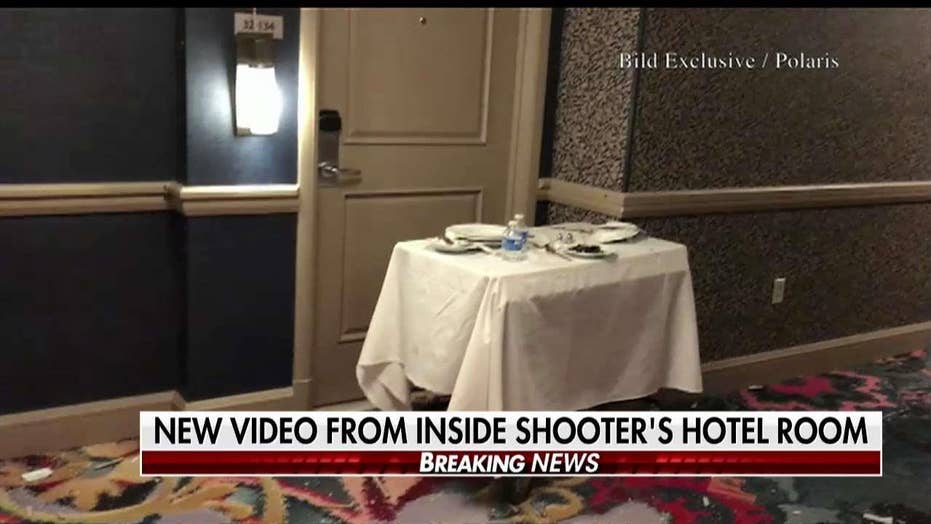 Hotel room 32135 at the Mandalay Bay in Las Vegas — a large suite with sweeping views of the Strip — served as the location where Stephen Paddock chose to carry out the deadliest mass shooting in modern U.S. history.

After checking into the $500-per-night room on the 32nd floor, Paddock opened fire on the Route 91 Harvest Country Music Festival Sunday night, killing at least 58 people and injuring more than 500 others.

While it’s still early into the investigation, many people are wondering what will happen to room 32135. MGM Resorts, Mandalay Bay’s parent company, has yet to release a statement detailing the suite’s future, though they did have this to say about the hotel’s security following the attack:

“MGM Resorts works consistently with local and national law enforcement agencies to keep procedures at our resorts up to date, and are always improving and evolving. We continue that close working relationship now during the ongoing investigation into this tragic incident,” DeShong added.

LAS VEGAS SHOOTING: SECURITY EXPERTS ON WHAT HOTELS CAN DO TO PREVENT ANOTHER TRAGEDY

Despite any official plans in place, experts have speculated what will happen with the aforementioned room. "From my opinion, the room disappears," said Anthony Melchiorri, host of Travel Channel's "Hotel Impossible," to Business Insider.

Melchiorri added that, if he were running the resprt, the room would no longer be available to book. He also suggests the hotel go so far as to have the doors sealed up, and never reopened.

Others suggest the suite be completely renovated, as other hotels have done when someone dies in a hotel room. Sunil Atreya, an associate professor at the College of Hospitality Management at Johnson & Wales University, has worked in management for Marriott and Holiday Inn hotels in the U.S. says the room will likely be gutted, refurbished and renumbered, at a minimum, or transformed into something else entirely, like storage space or a boardroom. He thinks it’s possible Mandalay Bay might even refurbish the entire 32nd floor.

“For people to go on — whether it be survivors, the families of the victims or employees — something has to happen so that that room does not stay as a reminder of this heinous act that took place in our country,” Atreya told Yahoo News.

But regardless of what happens to the room in the future, Atreya says the broken windows in Paddock’s suite need to be repaired immediately so as not to serve as a constant reminder of the horrific attack that took place.