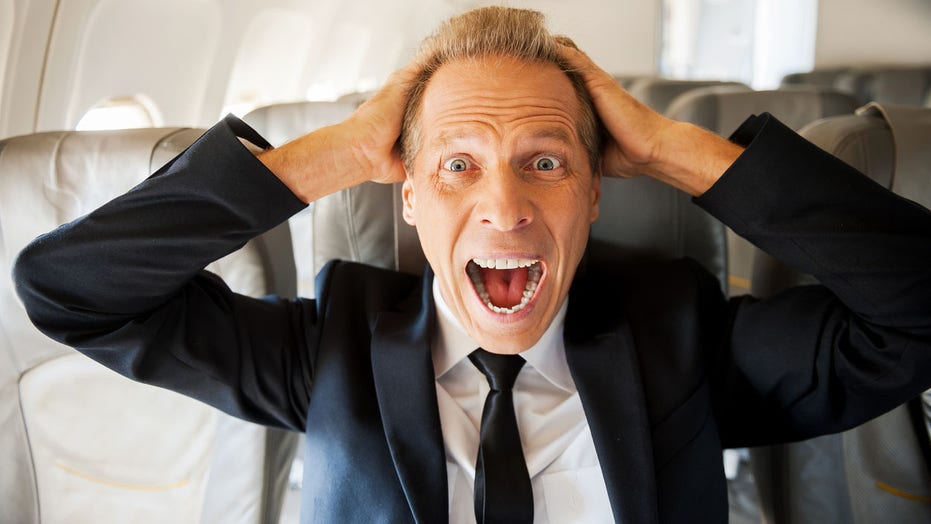 This may be one of the most disturbing pictures ever taken on a plane.

The Instagram account Passenger Shaming has built a reputation for showing some of the worst behaved passengers on airlines. Typically, the account shares photos or videos of people grooming themselves in public, placing their bare feet or hair near other passengers, or just being generally gross on planes.

One of the account's newest photos, however, shows a flyer with what appears to be a serious leg injury. While it is covered by a bandage, the wound seems to be seeping a massive amount of pus — there appears to be a puddle of the liquid collecting on the carpet underneath the man.

'DISGUSTING' PASSENGER SHAMED FOR SHAVING HIS HEAD DURING FLIGHT

It’s unclear what airline the photo was taken on, or whether or not the person received medical treatment or not.

The image may have been too much even for the owner of Passenger Shaming, who shared it with the caption, “It finally happened, a photo legit broke me. What in the gangrene is going on?!”

Many of the account's followers shared the same reaction. One user posted, “No. Please let me un-see this.” Another responded with, “I can’t unsee this! I am a nurse and would have had a fit if I had been on that flight! So gross!”

Another tried to diagnose the situation, claiming that "The air pressure must have ruptured his cyst! That’s so gross for the others on board."

Others tried to make light of the situation, with one posting, “Someone has dropped a pineapple smoothing (sic) on his leg I’d say.” And yet another noted that “not only are they dripping puss everywhere, they are also barefoot.”

But someone else doubted the image's authenticity, stating, "I pray to God that this is a fake photo."

One commenter summed up most people's reactions with a simple "OMG no!"

A very practical user commented, “Guess you have to throw out the whole plane.”

"Cleanse it with fire," someone else added. "I just can’t get over how much there is. I’ve seen Dr. Pimple Popper videos that weren’t this bad.”