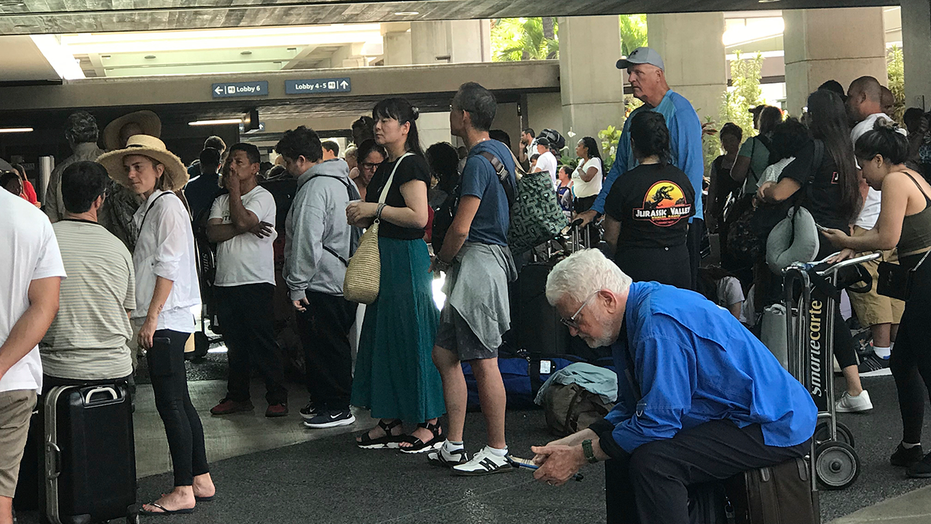 The cause of a panicked evacuation of Honolulu’s Daniel K. Inouye International Airport on Tuesday, which was erroneously thought to be caused by an active shooter, has been identified as a malfunctioning external battery pack in a passengers bag, the Hawaii Department of Transportation has confirmed.

“Federal authorities determined an external battery charger used to power electronic devices malfunctioned creating a heating source,” the Department of Transportation wrote in a press release issued Wednesday. “The charger was in carry-on luggage next to two laptop computers and a foam neck pillow which melted contributing to the smoke and odor in the checkpoint.”

That, combined with the “pop, pop, pop” sounds of stanchions toppling over during the evacuation of a security checkpoint in Terminal 2, had falsely given the impression of shots being fired, the press release adds.

“Passengers panicked and started running into the sterile area.”

Tweets shared on Tuesday indicate passengers had initially believed they heard gunshots, with one calling the incident "one of the biggest scares of my life."

The security scare, which occurred shortly after 2 p.m., sent “panicked” passengers running for cover. Some folks were injured in the confusion, but none needed to be hospitalized.

Passengers needed to be rescreened following the security scare. (Leslie Ryan via AP)

In the meantime, flights were being delayed and hundreds of people were instructed to be re-screened before reentering the terminal.

Officials then believed the source of the smoke to be an overheating laptop, before determining a battery charger to be the cause.

Despite reports of a chaotic scene at the airport, Jenel Cline, the TSA security director for the Pacific region, said the officers’ decision to evacuate was warranted.

“Everyone in the airport did exactly what they were supposed to do yesterday,” she said at a press conference Wednesday, according to Hawaii News Now.