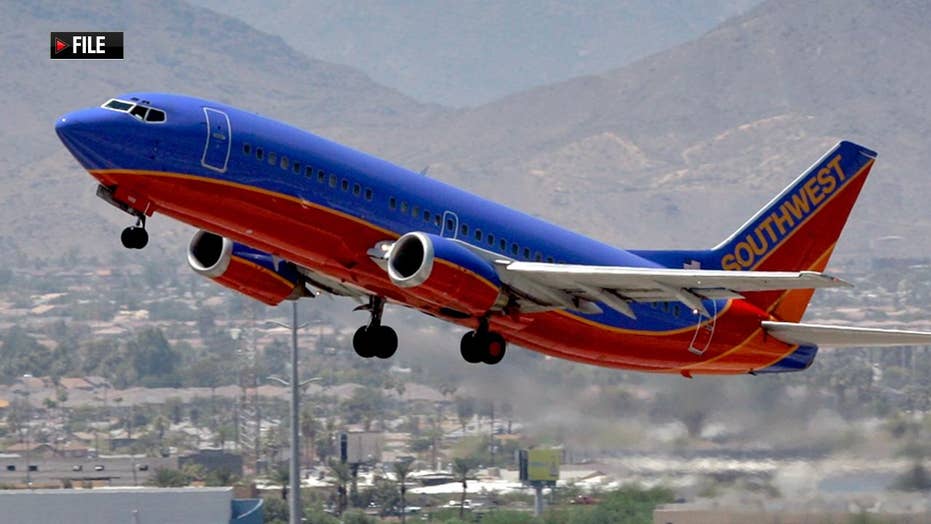 Authorities say a male passenger played an unwanted game of 'footsie' with a female passenger, and made multiple additional advances towards her, which caused Southwest pilots to make an emergency landing.

A Florida man accused of groping a female passenger on a Southwest Airlines flight Sunday allegedly told authorities that the president of the U.S. "says it's OK" to grab women by their private parts, according to a criminal complaint.

Bruce Michael Alexander, 49, of Tampa, made his initial appearance in federal court Monday in Albuquerque, N.M., on a charge of abusive sexual contact. It was not immediately clear if he had an attorney.

Alexander was accused of grabbing a woman’s breast without their permission while on a flight from Houston to Albuquerque. The woman told authorities she fell asleep on the flight when “she felt her clothes move and touching of fingers on her right side at and around her ‘bra line,” according to a criminal complaint.

She believed the touching was an accident until 30 minutes later it happened again. The woman said she turned around and told the passenger sitting behind her to stop and asked the crew to change her seat. The woman described in details what the suspect’s hands looked like.

“She saw a hand that had thick fingers, were hairy and dirty fingernails,” the criminal complaint stated.

Alexander recalled in a written statement only that the woman in front of him had spoken to him and then changed seats. The criminal complaint stated that when Alexander was placed in handcuffs and taken in a vehicle, he stated, “the President of the United States says it’s OK to grab women by their private parts.”

Alexander was presumably referring to the “Access Hollywood” tape from 2005 that emerged during the 2016 presidential campaign. In the recording, Trump was heard talking about fame enabling him to grope women, a discussion he later apologized for and dismissed as "locker room" banter.

Alexander remains in custody pending a preliminary hearing and a detention hearing scheduled for Tuesday.

Southwest Airlines told Fox News in a statement, "Customer Service Supervisors and local law enforcement officers were requested to meet flight 5421 upon arrival in Albuquerque from Houston due to reports of a Customer’s alleged inappropriate behavior onboard."