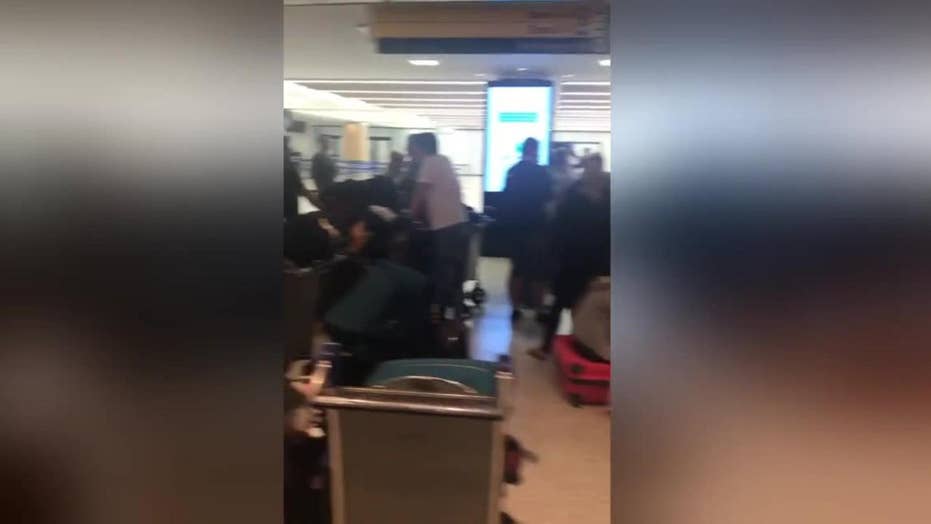 Child cancer survivor among those forced to sleep on airport floor

A 7-year-old cancer survivor was allegedly one of the 200 British Airways passengers stranded for two days at two different airports and forced to sleep on the terminal floor.

More than 200 British Airways passengers have been trapped in a three-day flight from hell from Orlando to London that was stuck for two days in two different airports.

When the plane departed Friday evening, it didn’t get far, dumping fuel mid-air and lowering the landing gear at high altitude before diverting to JFK Airport, passengers said.

Fuming fliers, like Dixon, were left to sleep on the floor at Terminal 7 overnight, they said.

British Airways sent a relief aircraft to retrieve the angry passengers and get them back to London Saturday.

A British Airways spokesman called the problems a “minor technical issue” and apologized to customers for the delay, claiming it was trying to get folks to London “as quickly as possible.”