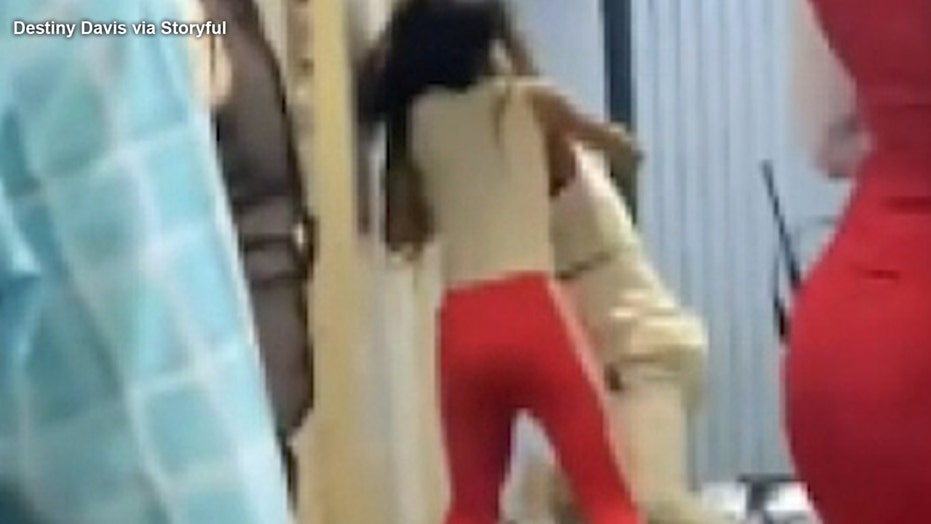 Delta Air Lines confirmed that the flight, from New York to Atlanta, was delayed for 40 minutes because of the altercation.

A Los Angeles-bound Delta flight was forced to return to Detroit after a woman on board refused to wear a mask, according to a report from Deadline Detroit.

The Delta flight proceeded back to Metro Airport before takeoff Saturday night when a woman refused to put on a face mask, a mandatory requirement on every flight for customer and crewmember safety during the coronavirus pandemic, Delta confirmed.

A Delta flight returned to the gate after woman refused to wear a face mask, a mandatory requirement during coronavirus. (

A spokeswoman for the airline told Deadline Detroit the passenger was removed from the plane and the flight departed 30 minutes late at 8:56 p.m.

"The customer was removed from the plane and the flight departed without incident," spokesperson Kristin Seay told Deadline Detroit.

The mother of Alexis Wiley, chief of staff for Detroit Mayor Mike Duggan, was reportedly one of the passengers on the flight.

“My mom’s @Delta flight from Detroit to LA just turned around and went back to the gate because a passenger refused to wear a mask. Flight attendants announced masks are non negotiable! Thank you @Delta for putting passenger safety first! @LASpeech,” Wiley tweeted out Saturday.

The female passenger’s identity has not been revealed and it’s unclear if she faced any penalties after she was removed from the flight.

Delta did not immediately return a Fox News request for comment.

While airlines have enforced strict mask-wearing policies during the pandemic, there have been a number of similar incidents in which passengers refused to be compliant. In July, a man was taken off a Delta flight before takeoff for not properly wearing a face covering and fighting with cabin crew members when confronted on the Aruba to Atlanta flight.

That same month, conservative author and podcast host David J. Harris Jr. reportedly delayed an American Airlines flight after refusing to wear a mask because of medical issues and failed to answer crew member’s questions about his condition, claiming it violated his HIPAA rights.