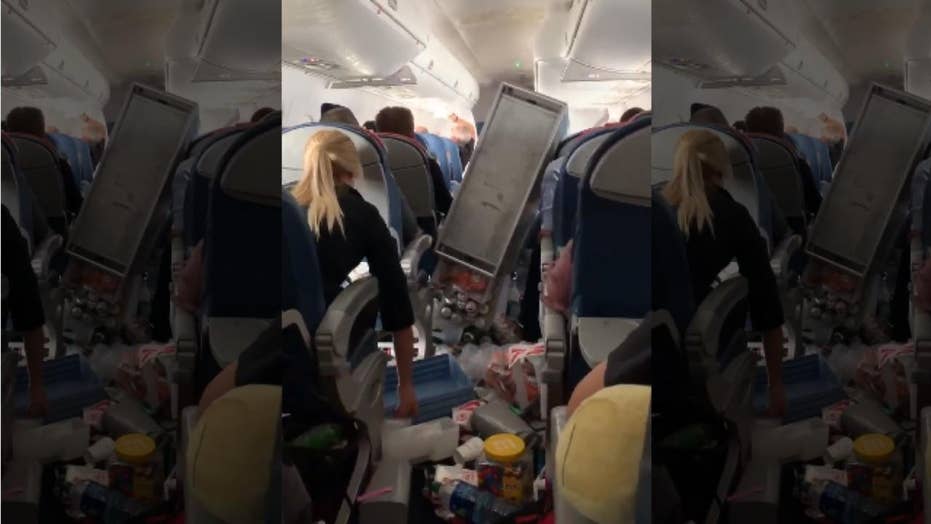 A Delta Airlines flight from Orange County in California to Seattle did a nosedive twice, sending passengers to the hospital.

A Delta Air Lines flight – operated by Compass Airlines – from Southern California to Seattle was forced to make an emergency landing in Nevada Wednesday after hitting "severe turbulence" that caused a chaotic scene on board and sent three people to the hospital.

Flight 5763 had left from Orange County with 59 passengers and 4 crew on board, the Reno Gazette-Journal reported. The turbulence became so bad midway through the flight that it caused a flight attendant’s beverage cart to flip in the aisle and dislodge its shelves and contents, according to Joe Justice, a passenger onboard.

Dave Macias, a passenger, said,  “We just saw the drink cart go up in the air. The flight attendant was tossed around like a rag doll. It was wild.”

Justice posted a video of the chaotic scene after the plane had made an emergency landing in Reno, Nev. The video showed the flipped beverage cart along with the passengers’ items in total disarray.

Justice said the plane “did a nose dive, twice,” but commended the crew for handling the situation “perfectly, even the emergency landing.”

Five passengers sustained unspecified injuries, three of whom were treated at a hospital, the Reno Gazette-Journal reported. The non-injured passengers were treated to pizza and soda while waiting for the next flight to their original destination, the Reno-Tahoe International Airport said in a statement.

Delta later released a statement apologizing for the incident and promised to get its passengers safely to their original destination.

The National Weather Service in Reno had warned earlier of major winter storms through the end of the week and into the weekend, "bringing area wide heavy rain, snow, and strong winds."