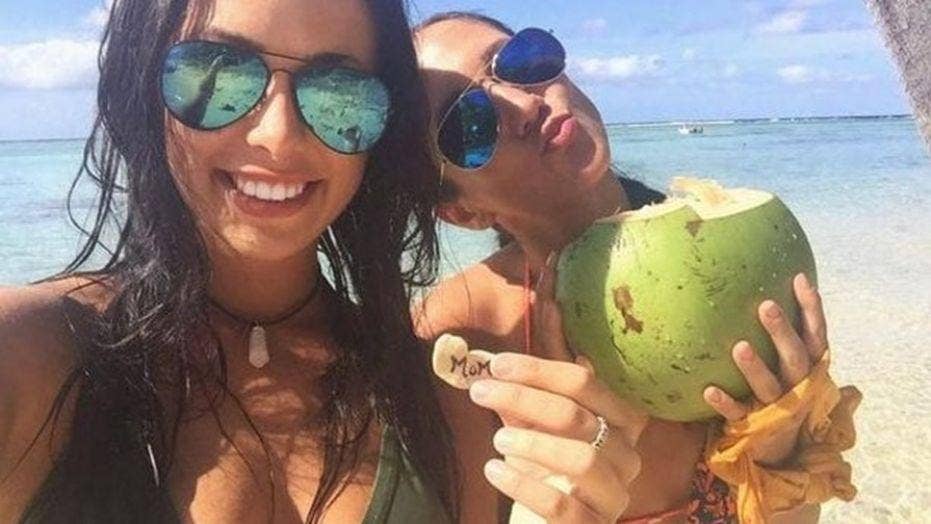 A Canadian woman who recently pleaded guilty to smuggling cocaine aboard a glamorous ‘round-the-world cruise admitted in court on Wednesday that she was partly doing it for Instagram likes.

During her sentencing hearing in Sydney, Australia, 24-year-old Melina Roberge informed the court that she accepted the gig as a glamorous “cover” for the drug-smuggling operation after a man she described as “my sugar daddy” offered her money, trips and gifts, News.com.au reported.

In addition to the ritzy perks of the job, the court also heard that Roberge enjoyed "tak[ing] photos of myself in exotic locations for 'likes' and attention," according to the Associated Press.

Roberge and her cruise companion Isabelle Lagacé — whom the Australian and British media dubbed “the cocaine babes” due to their penchant for posting bikini photos along the voyage — were arrested in August 2016 following a 51-day cruise from the U.K. to Sydney aboard the Sea Princess. Another passenger, Andre Tamine, 63, was also arrested in connection with the incident.

Roberge and Lagacé, both from Quebec, had been traveling together on a 51-day Princess Cruise from the U.K. to Australia. Lagacé, a former pornographic actress, had already pleaded guilty in November. (Melina Roberge/Instagram)

Roberge and her friends were identified as "high risk travelers" by authorities prior to their arrest. (Melina Roberge/Instagram)

The Australian Border Force (ABF) became suspicious of the trio while observing the Sea Princess, which was under observation due to its many ports of call between the U.K. and Sydney, the Telegraph reported. The ABF later boarded and searched the ship upon docking in Sydney after authorities identified Roberge, Lagacé and Tamine as “high risk travelers.”

Officials discovered 77 pounds of cocaine in Roberge and Lagacé’s shared cabin, and an additional 130 pounds in Tamine’s room, together estimated to be worth anywhere between $21.5 million and $30 million.

SEE IT: LUXURY CRUISE SHIP CUT IN HALF AHEAD OF 49-FOOT EXPANSION

"I was meant to just be there and look like I was on holiday and look like a cover for everyone else," Roberge told the court of her role on the cruise.

Roberge told the courtroom she enjoyed "tak[ing] photos of myself in exotic locations for 'likes' and attention" on Instagram. (Melina Roberge/Instagram)

Lagacé was sentenced to seven-and-a-half years in prison after pleading guilty in Nov. 2017. At her sentencing, she claimed she participated in the operation as a means of paying back a $20,000 debt she owed.

Roberge and Tamine pleaded guilty to similar charges this past February. During Wednesday’s sentencing hearing, however, Roberge’s lawyer claimed she only played a minor role in the scheme, News.com.au reports.

Roberge also apologized for her actions during the hearing.

“Since I have been in jail I have come across people struggling with addiction,” she said. “I don’t want to be part of that.”

Roberge’s sentence will be revealed at a later date.