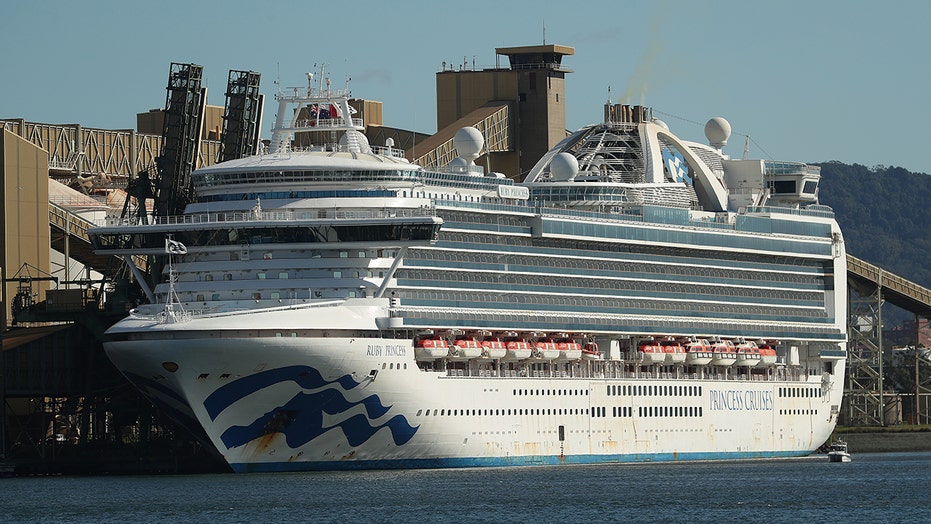 Police in Australia have seized the “black box” of the Ruby Princess cruise ship, which is currently at the center of a homicide investigation following a deadly outbreak of coronavirus linked to the ship.

“Ships have a black box very similar to that of international planes, and that and other evidence has been seized for further investigation,” Fuller said during a televised press briefing on Thursday, per Reuters.

The Ruby Princess cruise ship, seen here docked at Port Kembia in New South Wales on April 6, is at the center of a criminal investigation by New South Wales police. (Mark Metcalfe/Getty Images)

On April 4, Fuller confirmed a criminal probe into the disembarkation of the Ruby Princess, which is operated by Princess Cruises, itself a subsidiary of the Carnival Corporation. At the time, the ship was linked to at least 662 confirmed cases of COVID-19 and 11 deaths. By Thursday, the death toll had risen to 15, Reuters reports.

In the weeks that followed the ship’s docking, controversy had ignited over the disembarkation of nearly 2,700 passengers on March 19. New South Wales Health officials said at the time that about a dozen passengers had felt unwell and been tested for COVID-19 — though other passengers were not alerted of this update, ultimately departing the ship without screening, and then traveling home.

“The key question that remains unanswered… was Carnival, or crew, transparent in contextualizing the true patient/crew health conditions relevant to COVID-19?” he stated during the April 4 press briefing.

“There is clear evidence that [COVID-19] has been brought off that ship,” Fuller said during the briefing, while also confirming that the investigation would seek to find out if Carnival had downplayed the symptoms of passengers and crew prior to docking.

“The only way I can get to the bottom of whether our national bio-security laws and our state laws have been broken is through a criminal investigation,” he later added.

A representative for Carnival has said it would “vigorously respond” to the probe in a statement shared with Fox News earlier this week.

Around 1,000 crew members remained on the ship as of Thursday, Reuters reported.