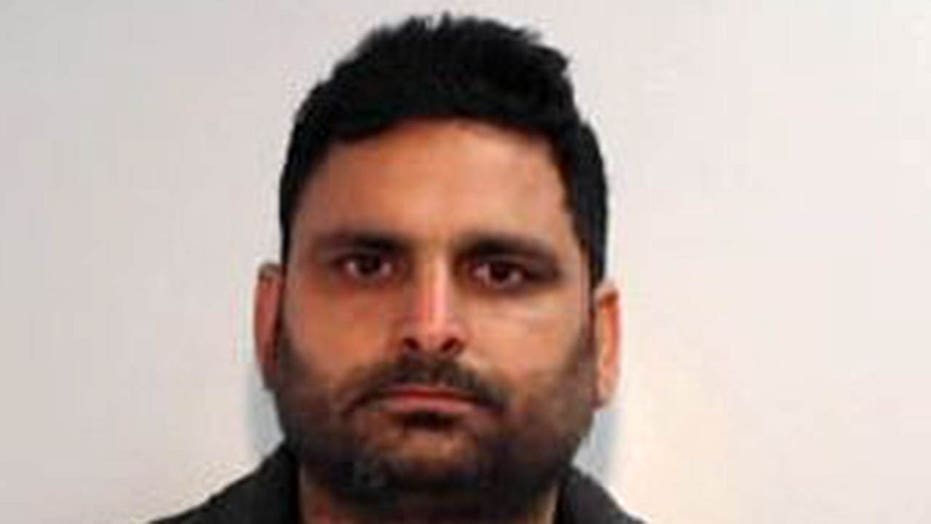 A tourist who sexually assaulted a woman on a February flight from Mumbai to Manchester has been sentenced to 12 months in jail.

Hardeep Singh, originally from Hoshiarpur, India, was apprehended upon landing at England’s Manchester Airport on Feb. 23, after police say he targeted a 20-something woman seated next to him and “subjected her to a prolonged sexual assault,” per the BBC.

Singh, who was seated closer to the aisle, had first asked the woman if her mother was seated nearby. He had also refused to move when she needed to get up, making her squeeze past him instead.

Later, police say Singh waited until the cabin lights were dimmed, and many of the other passengers were asleep – including the victim – to carry out his assault, pinning her in her seat and trying to place his hands underneath her clothing. He was also trying to kiss her, the BBC reported.

Hardeep Singh was arrested and sentenced to a year in jail after admitting to three counts of assault. (Police handout)

“From the outset of the flight, Singh’s behavior was despicable,” said Detective Constable Catherine Evans of the Greater Manchester Police, according to the Manchester Evening News.

"Numbed with fear, it was only after [the woman] summoned the strength to overpower him that she was able to run away and raise the alarm,” Evans added.

Singh was sentenced to a year in jail at a sentencing hearing on Thursday, after admitting to three counts of sexual assault. He was said to be visiting the U.K. on a six-month tourist visa.