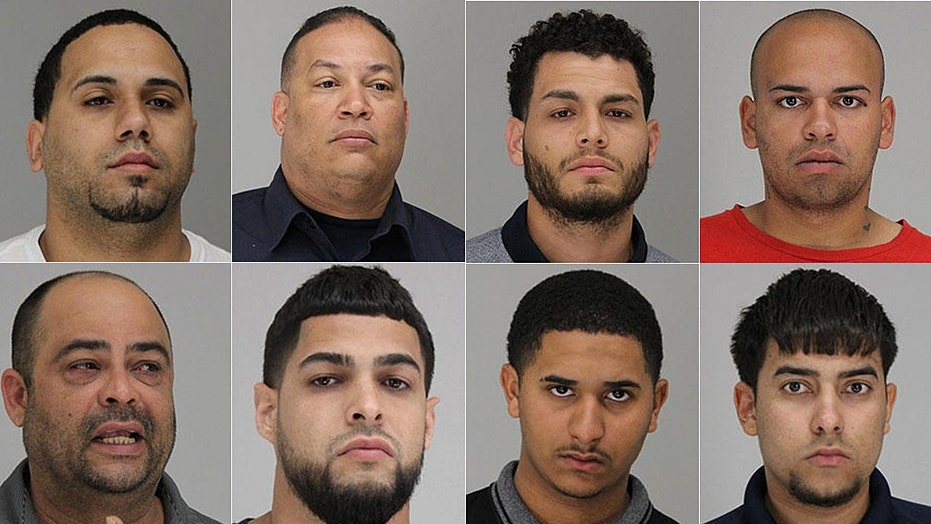 Nine airline employees at Dallas-Fort Worth International Airport were arrested about a year ago for plotting to smuggle drugs out of the airport. Since then, they’ve admitted to being willing to smuggle anything on board a commercial airline for money including drugs, weapons and plastic explosives.

The nine employees included a baggage scanner, baggage handler and other employees who could monitor bags being placed on and off Spirit Airlines and Envoy Air aircrafts. A tenth employee involved in the ring is a fugitive.

"These folks... sold their positions, betrayed the public's trust, abused their positions at the airport to make a dollar and put everybody at risk," Assistant U.S. Attorney George Leal said during a detention hearing in the case, according to the Dallas News. "They put the safety of the public in danger."

During the detention hearing, Ray Harrison, lead FBI agent in the case, said, "On each transaction the undercovers, who were Italian and portrayed themselves as Italian organized crime figures, pulled out the kilos, showed it to them, counted it, told them it was crystal methamphetamine, and told them if they were tampered with they would not be paid the second half payment once it landed at its destination."

At one point, Nelson Pabon, 47, the ringleader, even considered having a fellow airline worker involved in the smuggling killed because he thought the man was working with law enforcement.

"He had actually reached out to his brother down in San Antonio to act as a hit man," Harrison said.

When FBI agents discovered that Pabon offered to smuggle C-4 onto a flight, all nine employees were arrested, concluding a two-year sting operation.

The nine employees included a baggage scanner, baggage handler and other employees who could monitor bags being placed on and off Spirit Airlines and Envoy Air aircrafts (iStock)

The airline workers agreed to plead guilty to drug conspiracy charges in a Dallas federal court. The ringleader, Nelson Pabon, 47, faces up to 40 years in sentencing.

As for the safety of DFW Airport, spokeswoman Cynthia Vega says that some changes have been made. For instance, secure areas are now manned by the Department of Public Safety security officers with full-body scanners. "Safety is our primary goal," she said. "It is paramount that we stay on top of those potential threats."

TSA also reassured the public of DFW airport's commitment to safety. "Over the last year, DFW has implemented a number of additional technologies and procedures to further strengthen already robust employee-screening protocols," TSA said in a statement. "TSA, in partnership with the airport and airlines, continues to employ multiple layers of security throughout the airport. TSA also has strong partnerships with intelligence and law enforcement agencies and cooperates fully in any criminal investigations."

It’s not clear yet how the other men in the case will be sentenced, though Gabriel Reyes, an attorney for Luis Gaston-Rolon said that his client regrets his actions.

"Our hope is that the judge makes allowance for the fact that many of the individuals wrapped up in this operation, Mr. Gaston included, were young men without criminal histories and were lured by the promise of easy money," Reyes said.

"It's a tough lesson to learn—to say no and walk away when these opportunities present themselves. But Mr. Gaston is making the best of it and looking forward to a better future for himself and his family," he added.