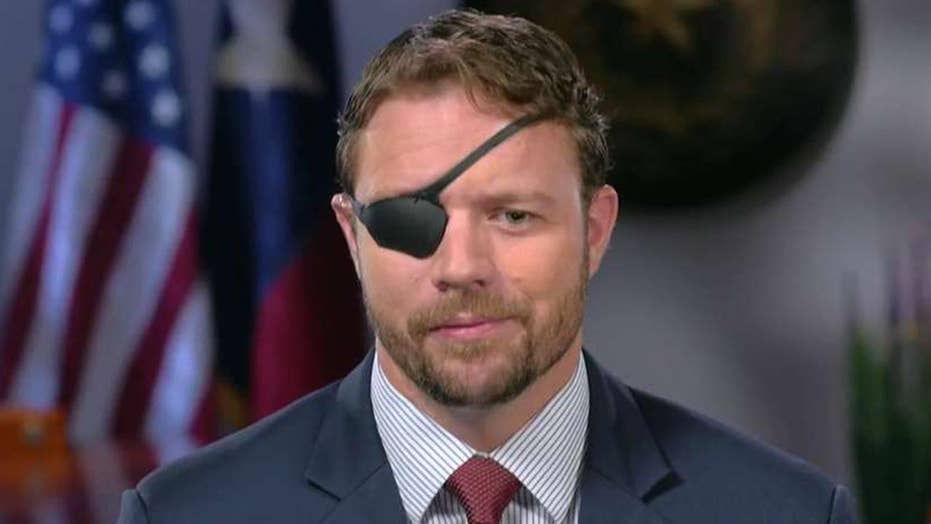 War hero Dan Crenshaw gets the last laugh after being elected to Congress in Texas.

A young woman captured dramatically putting her hand up and walking away from a man she was speaking with at Dan Crenshaw’s election party Tuesday went viral — but the video didn’t tell the whole story.

The moment was captured on television by local news stations and was widely shared on social media.

“Twitter please find this girl I have to know what that guy said to her,” a social media user wrote.

The mystery was solved when the young woman identified herself as Ellie Delgado, 17, a senior at Lamar High School in Houston, Texas. She said the man she was seen dismissing with sass was her father.

WORST DAY TO DO THANKSGIVING SHOPPING ISN’T WHEN YOU THINK, GROCERY EXPERT SAYS

As for what she and her father were speaking about, Delgado told BuzzFeed News that they were discussing a woman he wanted to date.

"He was talking about a woman that he liked and wanted to go on dates with. I didn’t know that he liked her, but my sister and I had met her before," she said.

The teen said she had no clue the camera captured the moment. She said some of her classmates told her about her viral moment.

She joked that she has reactions like that to her dad “a lot.”

"I have reactions like that to him a lot. He’s a funny guy with a lot to say," she said. "People thought it was some man that I was warding off, but it was just my dad."

Even Dan Crenshaw, who was easily elected to the U.S. House of Representatives on Tuesday, got in on the fun.

“Relax everyone, it’s her dad!! I have to admit this is one of my favorite things from our election night party,” he tweeted.