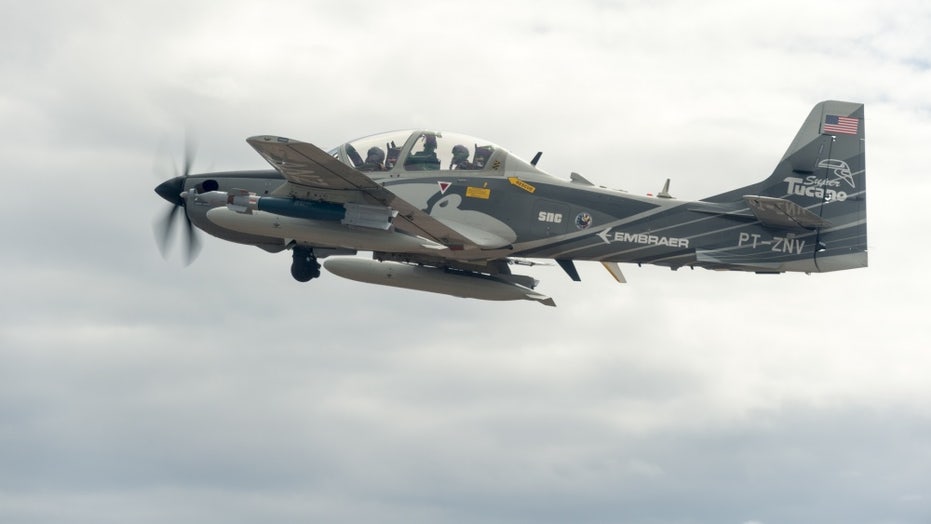 Members of Congress would like to see a more expansive use of the A-29 Super Tucano aircraft in various global hotspots as a way to support U.S. Special Operations Forces and continue needed counterinsurgency efforts.

The A-29 is turboprop light attack aircraft designed and built by Embraer which has been helping the Afghan Air Force battle insurgents for many years in Afghanistan. It has received rave reviews regarding its performance in theater as a platform which can support ground troops fighting enemies or insurgents.

Given its success, some lawmakers and foreign governments are now hoping the US can increase its Foreign Military Sales of the plane to better help allied forces in vital areas of conflict around the globe.

“There are plenty of countries that have an extremist threat -- the Middle East and South and Central Africa. SOCOM (Special Operations Command) is asking for this for Nigeria, Somalia and Libya. It is a perfect platform for where we are fighting,” Rep. Michael Waltz, (R) Fla., told Warrior.

US-trained pilots with the Afghan Air Force have been attacking the Taliban with A-29 Super Tucano aircraft, a platform which seems well-suited for the Air Force’s intended mission scope. Its integrated weapons and laser-firing technology enable the platform to both lay down suppressive fire in support of advancing infantry and pinpoint targets for precision strikes. This mission envelope seems to enable a wide sphere of operational possibilities, to include counterinsurgency and great power challenges.

“They have long loiter time and can stay close to the fight. They are interoperable in a very close-knit way with operations on the ground,” Waltz said.

Since SOCOM forces often operate in as many as 50-countries or more, there does appear to be a pressing need for light attack air support, Waltz maintains.

Super Tucanos are also equipped with 70mm rockets, air-to-air missiles such as the AIM-9L Sidewinder, air-to-ground weapons such as the AGM-65 Maverick and precision-guided bombs. It can also use a laser rangefinder and laser-guided weapons.

The Super Tucano is a highly maneuverable light attack aircraft able to operate in high temperatures and rugged terrain. It is 11.38 meters long and has a wingspan of 11.14 meters; its maximum takeoff weight is 5,400 kilograms. The aircraft has a combat radius of 300 nautical miles, can reach speeds up to 367 mph and hits ranges up to 720 nautical miles. Its combat radius of 300 nautical miles positions the aircraft for effective attacks within urban environments or other more condensed combat circumstances.

ALL THREE NAVY ZUMWALTS NOW 'IN THE WATER' -- HOW CAN A DESTROYER BE STEALTHY?

There are a variety of respects in which A-29s can change the equation when it comes to counterinsurgency. First and foremost, they can save lives. If overhead fire support is able to identify and attack pockets of enemy fighters, fewer ground troops have to enter into enemy fire. Also, an overhead asset of this kind can be an intelligence node able to send targeted information and data regarding troop movements.

When it comes to actual close-in counterinsurgency combat, fighters often obscure themselves in defilade or in buildings, requiring a need for precision strikes. The air-ground Maverick precision weapon can use a laser rangefinder and other kinds of advanced targeting technologies - providing what could be called an indispensable element of attack support. Naturally, advancing ground forces can benefit from air support while advancing on enemies for direct targeting or suppressive fire to enable forces to maneuver.

It is not yet clear exactly which areas might pursue Foreign Military Sales, however, the prospect is increasingly likely in areas where counterterrorism operations continue.