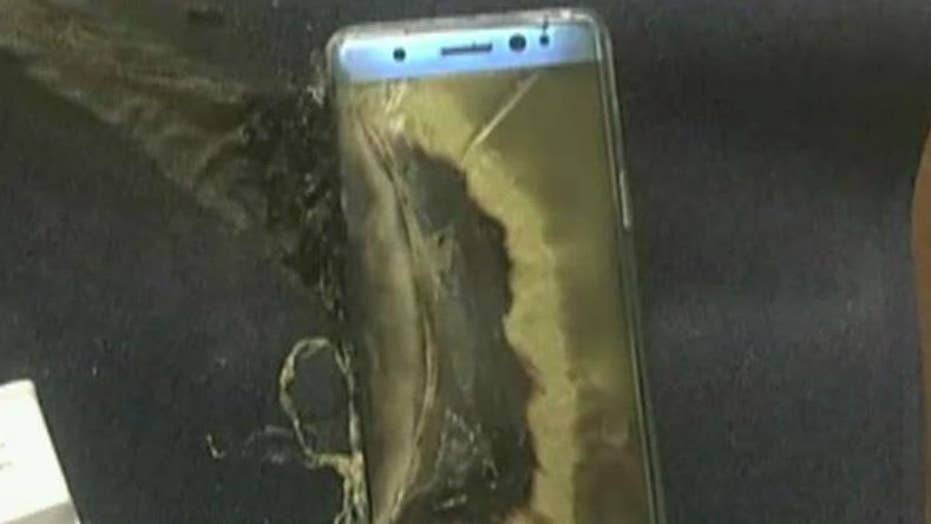 The Galaxy Note 7 is not cancelled, at least not yet. Samsung decided to suspend production to investigate new explosion reports further, but there's no official decision to terminate the smartphone. However, US carriers confirmed they will not continue to sell the phone in stores, or offer "safe" replacements to customers for the time being. Galaxy Note 7 buyers can still exchange their phones, whether they're faulty or "safe," for a different device of their choosing.

AT&T was the first mobile operator to confirm that it halted Galaxy Note 7 sales and exchanges following the many fire reports that emerged last week.

"Based on recent reports, we're no longer exchanging new Note 7s at this time, pending further investigation of these reported incidents," an AT&T spokesperson told The Verge on Sunday. "We still encourage customers with a recalled Note 7 to visit an AT&T location to exchange that device for another Samsung smartphone or other smartphone of their choice."

Soon after that, T-Mobile issued a press release to announce that it's temporarily suspending all Galaxy Note 7 sales and exchanges for replacement Note 7 devices while Samsung investigates "multiple reports of issues."

"Customers can still bring their recalled Note 7 or the new replacement Note 7, along with accessories they purchased from T-Mobile to a T-Mobile store for a full refund and choose from any device in T-Mobile's inventory. We'll waive any restocking charges, and customers who purchased during pre-order can keep the free Netflix subscription and Gear Fit or SD card they received," the company said.

T-Mobile will also award a one-time $25 credit on their T-Mobile bill within two bill cycles to offset any additional costs.

Verizon joined T-Mobile and AT&T, announcing on Sunday that it won't sell the phablet, or replace recalled units until Samsung sorts it out.

Sprint, the first carrier that announced it'll let customers exchange their replacement Galaxy Note 7 for any smartphone following the airplane fire, is yet to issue a statement on the matter. But the carrier will probably stop sales as well.