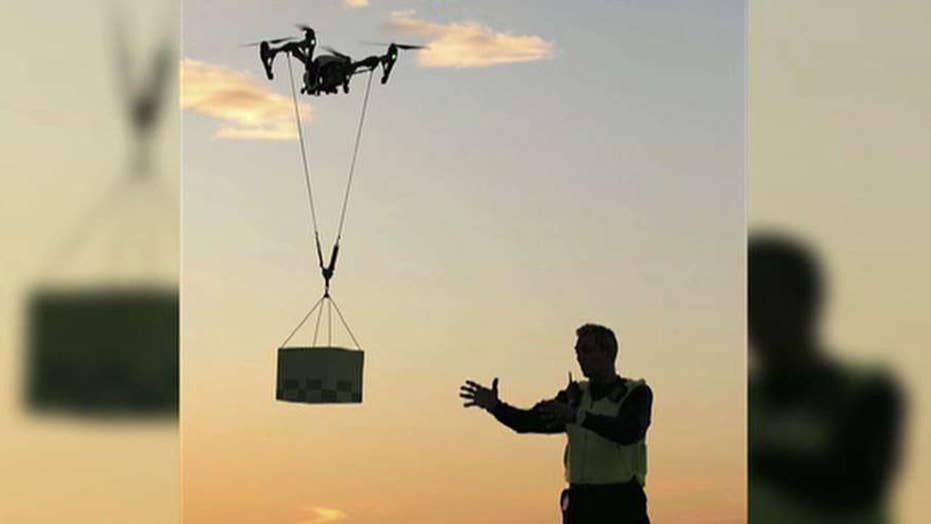 Uber hopes to have meal delivery drones by 2021

Uber Technologies Inc. envisions taking to the skies with a fleet of food-delivery drones in as little as three years, an ambitious timeline for a ride-hailing company that would face numerous technical challenges and regulatory hurdles.

The San Francisco company is seeking an operations executive who can help make delivery drones functional as soon as next year and commercially operational in multiple markets by 2021, according to a job posting that appeared on Uber’s website. App-reliant Uber has limited experience developing hardware beyond its nascent electric scooters and its equipment for self-driving vehicles, an as-yet unproven technology.

The drone executive will “enable safe, legal, efficient and scalable flight operations,” according to the job listing, which refers to UberExpress, an internal name used for the drone delivery operation within its UberEats prepared-food delivery unit.

After an inquiry from The Wall Street Journal, Uber removed the job listing titled “Flight Standards and Training” from its site. A spokesman said the posting “does not fully reflect our program, which is still in very early days.”

WATCH: NASA RELEASES 450,000 GALLONS OF WATER IN ONE MINUTE

Uber is crafting a narrative around its ambitions beyond ride-hailing, as it eyes a 2019 IPO that bankers say could value the company at $120 billion. It will have to woo investors who may be skeptical over its scandal-plagued past and lack of profits in the ride-hailing business by pointing to its plans for delivery drones, flying taxis and rental electric scooters and bicycles. Last week, it announced a new tractor-trailer rental business for long-haul truckers.

Proponents of unmanned aircraft such as Uber, Amazon.com Inc. and other companies are scrambling to draft wide-ranging blueprints for various home delivery efforts, ranging from training ground operators and certifying vehicles to analyzing hazardous incidents. But Uber sketched out a faster timeline than many regulators envision, and such companies generally have been careful to avoid antagonizing regulators by publicly laying out comprehensive plans before they have even been formally submitted or gone through vetting by regulators.

Click here to read the rest of this story, which originally appeared in The Wall Street Journal.