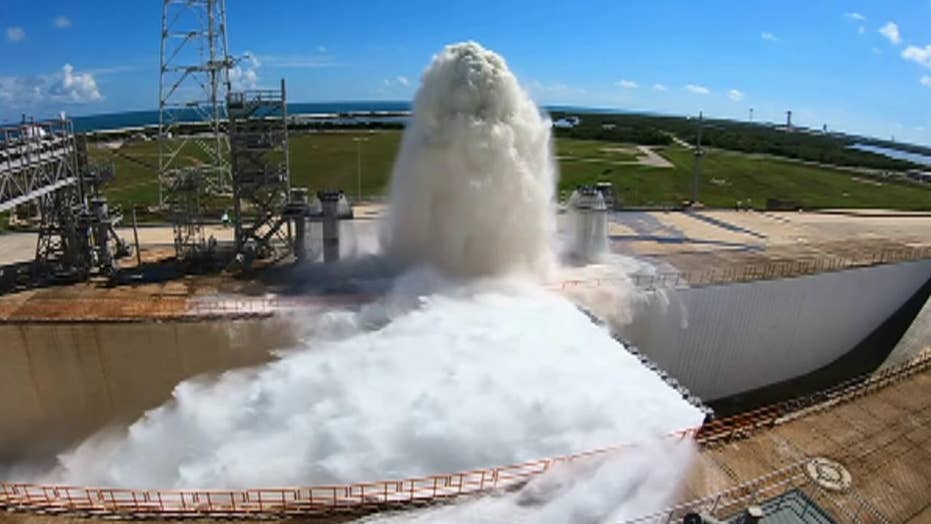 That's a lot of water.

As a test of its "Ignition Overpressure Protection and Sound Suppression water deluge system," NASA on Oct. 15 released a deluge of water – 450,000 gallons to be precise – in just over one minute.

The water went up about 100 feet into the air.

The system is used to reduce extreme heat and energy generated by a rocket launch, according to NASA.

The test was performed at Kennedy Space Center's Launch Pad 39B in Florida in preparation for Exploration Mission-1, which is set to launch in June 2020.

It will be the first uncrewed flight of the Space Launch System, a huge rocket arrangement NASA has worked on for years, set to be the most powerful booster ever built.