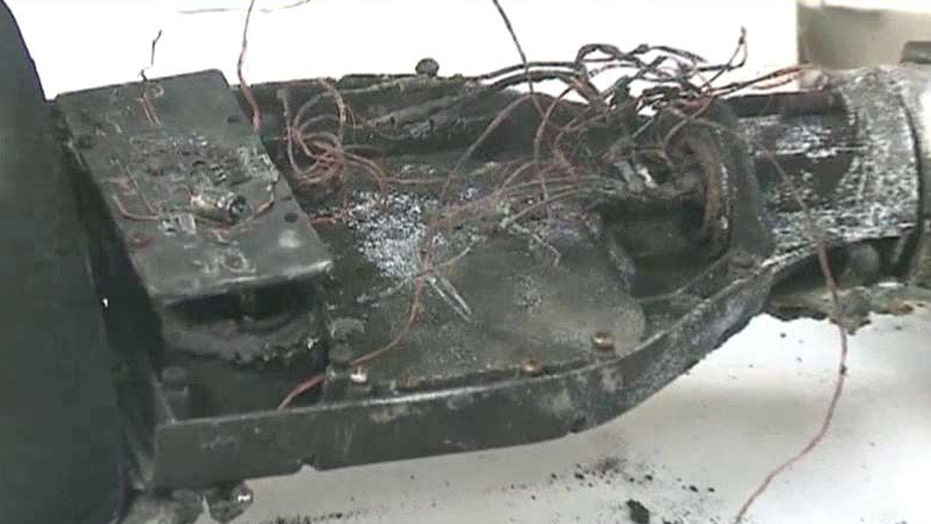 After months of warnings from the Consumer Product Safety Commission about the dangers of hoverboards, 10 companies today announced recalls of more than a half million of the devices. They were all manufactured in China and distributed in the U.S. since June 2015.

“All of the hoverboard models included in this recall were made with fundamental design flaws that put people at real risk,” commission chairman Elliot Kaye said in a statement.

What to Look For

In particular, Kaye pointed to ongoing problems with the devices' electrical systems and lithium-ion battery packs, which pose a fire hazard. The CPSC has investigated more than 60 hoverboard-related fires in 20 states, which have caused in excess of $2 million in property damage.

In February, UL, a company that tests and certifies products for safety, unveiled a new certification process—UL 2272—designed to address those problems. Before you purchase a new hoverboard, you should make certain it carries a UL logo.

But even that logo may not guarantee the product has really been saftey tested by UL. The company claims that Swagway and other hoverboard manufacturers have applied counterfeit UL marks to their products in the past. The genuine mark appears on a holographic label and specifically cites UL 2272.

Swagway, Razor, and eight other companies are offering refunds, repairs, or replacement units to customers who purchased their hoverboards between June 2015 and May 2016, when Ninebot became the first hoverboard manufacturer to receive the new UL certification.

For more information on the recalled models and potential remedies, consumers can consult CPSC.gov.

More Than a Fire Hazard

In today's statement, Kaye also warned consumers about injuries—many of them serious—related to hoverboard falls. Since last August, such falls have resulted in roughly 7,200 emergency room visits, the CPSC estimates. "I have spoken out for months about my concerns with the instability of certain self-balancing scooters," Kaye said in his statement.

Consumer Reports issued a similar warning in December after our tests determined that the footpads that control the speed and direction of a hoverboard are almost too responsive to subtle shifts in weight. A pebble, a small stick, even a crack in the sidewalk is often enough to jolt a rider from the perch.

According to Kaye, ASTM International, an engineering standards body, is developing a stability standard to address this issue. In the meantime, he cautioned riders to wear a helmet, wrist guards, and pads on their elbows and knees. We'd also advise you to use a spotter when climbing on or off a hoverboard and to avoid riding the boards in areas with vehicular traffic.