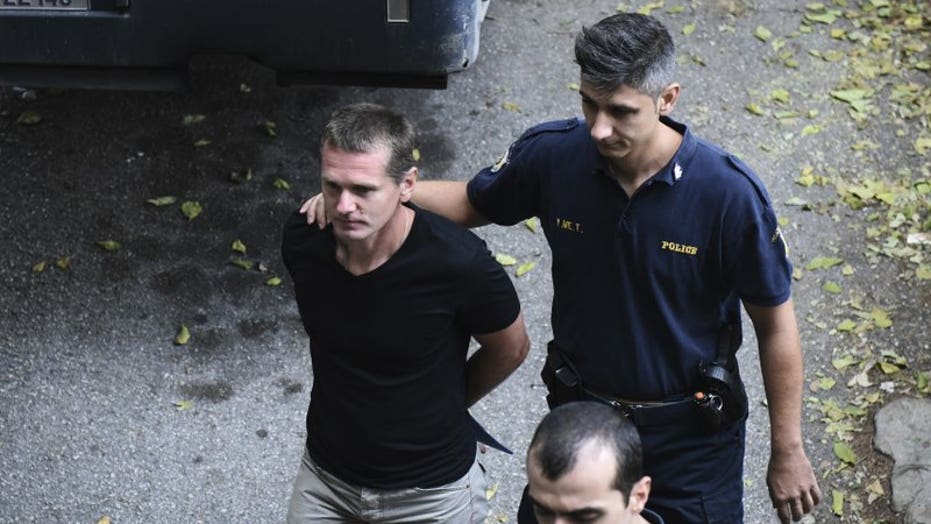 A Russian suspect linked to a $4 billion Bitcoin fraud case -- whose extradition from Greece is sought by U.S. authorities -- has now been hit with a civil lawsuit in California.

The U.S. is after Alexander Vinnik and his digital currency exchange company, BTC-e, over his alleged role in the fraud case.

Federal prosecutors charged him in 2017 with stealing Bitcoins from other virtual exchanges. U.S. authorities now seek to recover penalties of $100 million from Vinnik and his company, Bloomberg reported.

A Russian man identified as Alexander Vinnik, left, is escorted by police officers as he arrives to the courthouse at the northern Greek city of Thessaloniki on Wednesday, Oct. 4, 2017. (Associated Press)

According to a prosecutors’ statement, Vinnik’s company is incorporated in Cyprus, or the Seychelles, or even both. Californian users, in addition to users from other places, used the exchange to trade Bitcoin and other cryptocurrencies.

Vinnik remains detained in Greece as he continues to fight the U.S. extradition request. Russia, meanwhile, is also seeking his extradition, with Vinnik’s lawyers saying in 2017 that he wouldn’t contest the Russian request.

He denied the allegations raised by U.S. prosecutors and instead said he was merely a technician and the platform was one of his clients.

“I have nothing to do with what I am accused of,” he told the judges.

“The U.S. is kidnapping Russian citizens through third countries.”

BTC-e also attracted attention amid reports that the exchange handles some digital currencies that were later traced back to the Russian military intelligence officers who were accused of stealing and releasing the Democratic Party’s emails in the 2016 election, the outlet reported.