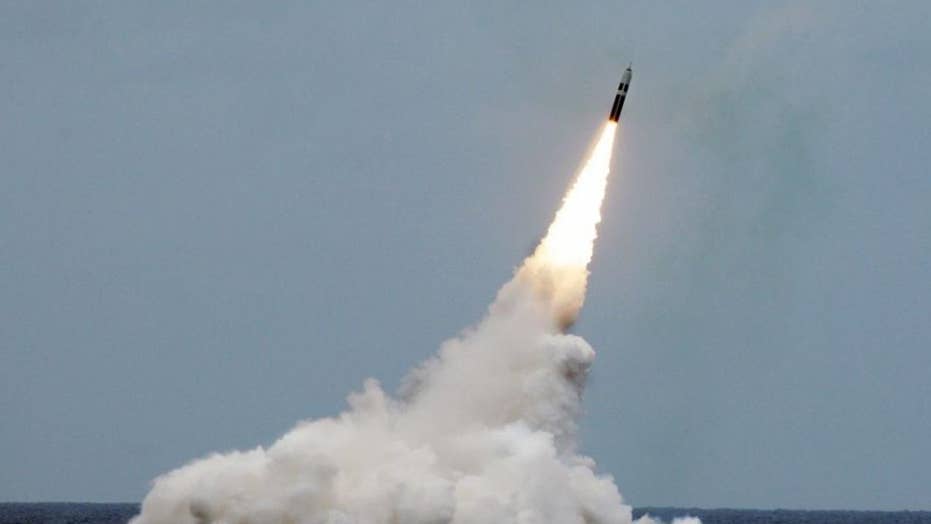 Is Russia building a 'doomsday' torpedo?

According to a leaked Pentagon report draft, Russia is building and developing a nuclear weapon with a 100-megaton payload, described as a 'doomsday' torpedo.

As the Trump administration plans new U.S. nuclear firepower, leaked Pentagon documents reveal that Russia is building and developing a nuclear torpedo that would leave a country's coastline uninhabitable for years. It's been called a "doomsday" torpedo.

According to a report in Popular Mechanics, the weapon was cited in a leaked draft of the forthcoming Nuclear Posture Review. It's known as Kanyon to the Pentagon and "Ocean Multipurpose System Status-6" to Russia. The torpedo is part of Russia's underwater nuclear arsenal according to the draft Review.

Washington Free Beacon was the first to report of its existence in September 2015. The torpedo was also mentioned on Russian television in November of that year.

The Pentagon's new Nuclear Posture Review will be rolled out on Friday. It is the first review of its kind since 2010 and is among several studies of security strategy undertaken since Trump took office.

The Huffington Post published online a draft of the nuclear policy report last month, and The Associated Press independently obtained a copy. Asked for comment at the time, the Pentagon called it a “pre-decisional,” unfinished document that was yet to be reviewed and approved by Trump, who ordered it a year ago.

In the draft document Russia, and to a degree China, are outlined as nuclear policy problems that demand a tougher approach.

The administration’s view is that Russian policies and actions are fraught with potential for miscalculation leading to an uncontrolled escalation of conflict in Europe. It specifically points to a Russian doctrine known as “escalate to de-escalate,” in which Moscow would use or threaten to use smaller-yield nuclear weapons in a limited, conventional conflict in Europe in the belief that doing so would compel the U.S. and NATO to back down.

The administration proposes a two-step solution.

First, it would modify “a small number” of existing long-range ballistic missiles carried by Trident strategic submarines to fit them with smaller-yield nuclear warheads.

Secondly, “in the longer term,” it would develop a nuclear-armed sea-launched cruise missile — re-establishing a weapon that existed during the Cold War but was retired in 2011 by the Obama administration.

Potential impact and the response

Nonetheless, Kanyon could pose a significant threat to the U.S. Described as a "new intercontinental, nuclear-armed undersea autonomous torpedo," Kanyon could have devastating consequences if ever launched. Its range is approximately 6,200 miles and can reach a maximum depth of 3,280 feet, while traveling at 100 knots, or roughly 115 mph.

Kanyon is described as a 100-megaton thermonuclear weapon. At that payload, it could wipe out a city the size of New York, killing 8 million instantly and injuring 6 million more, Popular Mechanics noted. Due to its massive size, it would also trigger an artificial tsunami, spreading nuclear material alongside the tsunami. It also reportedly contians a warhead "salted" with the radioactive isotope Cobalt-60, which would make affected areas off-limits  for up to 100 years.

Kanyon is also designed to get around American ballistic missile defenses, especially the Ground-Based Interceptor missiles based in Alaska and California.

The Trump nuclear doctrine is expected to be followed by a related policy on the role and development of U.S. defenses against ballistic missiles.

Where the Trump doctrine splits from Obama’s approach is in ending his push to reduce the role of nuclear weapons in U.S. defense policy. Like Obama, Trump would consider using nuclear weapons only in “extreme circumstances,” while maintaining a degree of ambiguity about what that means.

But Trump sees a fuller deterrent role for these weapons, as reflected in the plan to develop new capabilities to counter Russia in Europe.