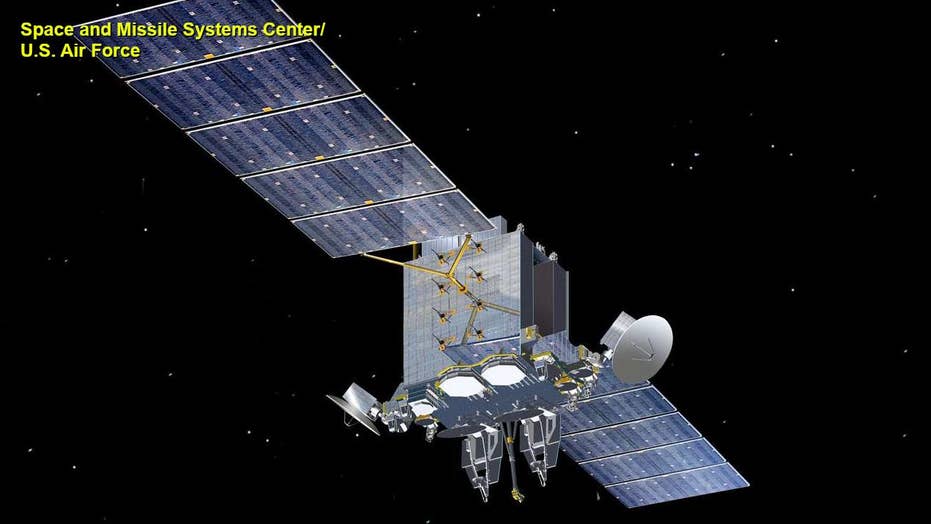 “Increased throughput pipes increase connectivity between the plane and the ground from 1.5Mbps per second up to 600 Mbps per second,” Chad Vuyovich, Director of Air Force Special Operations Programs, MAG, told Warrior Maven.

Current testing and experimentation, which includes an aerospace firm known as MAG (MAG Aerospace), AFRL and Air Force Special Operations Command, are looking at integrating the new satellites with the iconic AC-130 gunship.

The newer satellites are engineered to enable faster, more complete and integrated information transmission such as real-time video feeds from surveillance planes, images, maps, emails and chat information. Along with other things.

“If you try to push any high definition streams through the current architecture without massive compression and quality reduction, it will completely congest the network to an inoperable state. If you send a 10MB (Megabytes) image, it would temporarily prevent any other information from passing across the network for minutes at a time,” Vuyovich said.

The improved throughput brings a number of immediate combat implications. By drawing upon a technical ability to gather and organize data from multiple sensors simultaneously, vLEO enables one or two aircraft to perform sensor functions currently requiring four or five platforms.

vLEO systems are not only closer to the ground, but much faster than geosynchronous satellites which can only travel as fast as the earth rotates, Vuyovich explained. This can restrict the speed at which information can be gathered and processed..

“vLEO satellites have to move at a fast pace. They have to move much faster than the rotation of the earth to maintain orbit. In order to be stationary to a single spot over the earth and maintain orbit the satellite would be positioned at an elevation of 40,000 kilometers above the earth’s surface,” Vuyovich said.

“Then when you take propagation into consideration the signal is 100 times stronger when it reaches the vLEO because the RF has not dissipated or weakened as it would over the immense distance to the GEO satellite,” he added.

GEO movement is the same as the earth’s rotation, whereas vLEO is faster than earth’s rotation. Faster, lower-altitude satellites may also bring the added advantage of decreasing collisions with debris-filled space conditions. DoD information explains that there are currently more than 17,000 softball or larger objects in space, with only 1,200 or so being satellites.

This compression used by GEO satellites, Vuyovich explained, greatly compromises the image resolution and quality of feeds obtained from satellite cameras and sensors. In effect, some of the massive technical gains in sensor range, resolution, fidelity and function are lost, compromised or at least not fully leveraged by current GEO satellites.

“Software compression reduces the quality or the size of the file, removing all of the advancement of updated sensors. We don’t have network transport big enough to real-time process what we collect,” lose the benefit of high quality sensors,” Vuyovich added.

So far, integration has been taking place with fixed-wing aircraft such as surveillance planes or the AC-130, however as time passes the technology is expected to also work on drones as well. Drone applications, developers explain, require hardened or secure network connections to prevent information from being hacked, jammed or high-jacked.

“MAG is testing one of the first aircraft to see how well the system operates and can sustain the expedited traffic and evaluate the limitations of what we can do with that extra throughput. We are ensuring that when we create this new architecture, it is built in a manner to support secure coms,” Vuyovich explained.

The emerging newer satellites also decrease latency and obviate much of the current need to “post-process” information by virtue of needing to wait until an aircraft returns before accessing key sensor data.

Naturally, a faster, higher-tech and larger data flow prevents commanders from having to spend crucial combat time waiting for complete or more integrated intelligence data. For instance, he or she can see real-time, high-resolution video feeds, maps and navigational data, images, messages and information from wider-swath sensors such as Ground Moving Target Information - simultaneously. .

“Reality is when you are at the tip of the spear, you need a more complete picture of information to make the best decisions and are not afforded the opportunity to wait hours for aircraft to land and information to be post-processed. Combatant Commanders have only minutes to make life and death decisions and by using the vLEO architecture, they increase their situational awareness a 100 fold.” Vuyovich said.

Disaggregation is, as it sounds, spreading satellite assets apart over wide swaths of space, preventing an enemy from targeting an installation or more condensed group of space assets. This, enabled in some instances by much improved computer processing and longer-range data sharing, makes it much more difficult for an enemy to disable a satellite system. Redundancy is also fundamental to the Air Force Space plan because it increases the likelihood that satellite functions can continue in the event that some are shot down.

With these strategic aims in mind, developers of vLEO expect that faster-moving, increased numbers of smaller satellites will not only be harder for enemies to hit - but also bring a “redundancy” advantage.

The Air Force is already working on managing smaller installations and geographically “separated” units in “North Dakota, Alaska, Hawaii and other areas,” according to information from Air Force Space Command.

While the initial stated strategic intent of vLEO appears oriented toward providing commanders with faster and more complete combat-crucial information, it does not take much imagination to envision these satellites as possibly improving US Space War tactics. Faster, better networked satellites with vastly improved throughput could naturally bring a host of combat advantages, to include targeting, fast-moving attacks, space-air warfare networking and even the deployment of some kind of yet-to-exist space weapon.

Threats in space, in recent years, have been well established, inspiring a long-standing push for the US to vigorously prep for the prospect of Space War, not to mention GPS-denied combat circumstances. China is of course known to have tested Anti-Satellite weapons, effectively raising the equation far beyond previous thoughts that space might persist as a “sanctuary” of a certain kind. Such thinking has long-since evaporated.

“The Chinese test, coming on the heels of both Russia and China testing maneuverable satellites in low Earth orbit—a capability that, until recently, had been demonstrated only by the United States—led to something of a “quiet panic” within the US national space security community,” the report states.

Further technical advances aimed at weaponizing space, and specifics extending threat perception well beyond the 2016 Atlantic Council essay, are evident in the Pentagon’s Aug. 2018 “Final Report on Organizational Management Structure for the National Security Space Components of the Department of Defense” for Congressional Defense Committees.

“Some new Russian and Chinese ASAT weapons, including destructive systems, will probably complete development in the next several years. Both countries are advancing Directed Energy Weapons for the purpose of fielding ASAT systems,” the report states.

It seems apparent that vLEO satellites might be able to further harness new space war applications to meet Russian and Chinese threats -- and develop space-oriented lasers and electronic warfare.

Osborn previously served at the Pentagon as a Highly Qualified Expert with the Office of the Assistant Secretary of the Army - Acquisition, Logistics & Technology. Osborn has also worked as an anchor and on-air military specialist at national TV networks. He has a Masters in Comparative Literature from Columbia University.