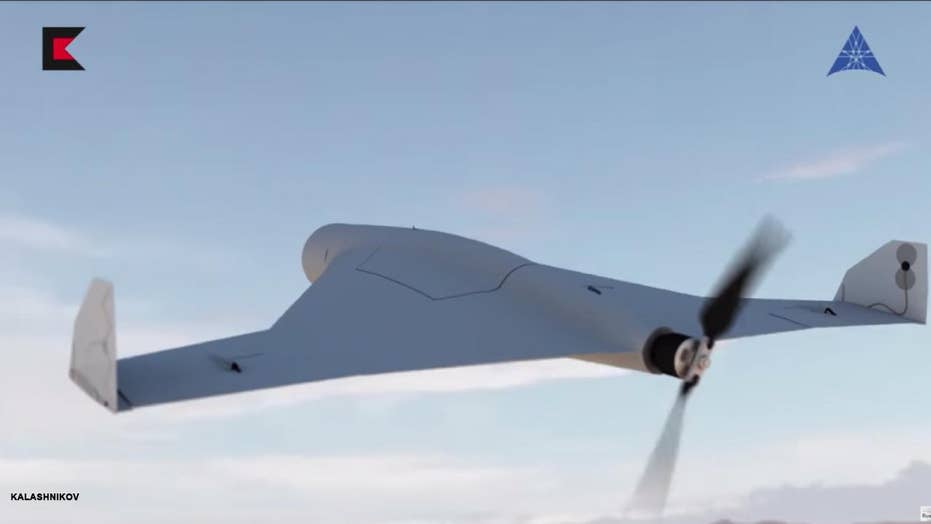 The Kalashnikov Group, the Russian company behind the AK-47 assault rifle, unveiled a miniature exploding suicide drone, which is known as KUB-UAV.

The Russian company behind the AK-47 assault rifle unveiled a new "suicide" drone that could have a major impact on future warfare.

The Kalashnikov Group's miniature exploding drone, which is known as KUB-UAV, was on display at a defense exhibition in Abu Dhabi where global arms companies gather to display their latest technological inventions.

The drone, which is about four feet wide, is designed to destroy remote ground targets. The manufacturer claims it could revolutionize combat in much the same way the AK-47 did in the second half of the twentieth century.

"This complex is a step towards completely new combat operations," said Sergey Chemezov, Rostec CEO, in a statement from Kalashnikov. "High-precision unmanned projectile flies up to 30 minutes at the speed of 130 kilometers (80.7 miles) per hour."

According to the company's statement, the drone's advantages in combat include hidden launch, the overall accuracy of shot, noiselessness, affordability and ease of handling.

It was already been tested and is ready for use, Kalashnikov says.

One expert said the new drones will provide a very high degree of accuracy for bombing targets.

MICROSOFT EMPLOYEES REFUSE TO CREATE TECH FOR 'WARFARE AND OPPRESSION'

“I think of it as democratizing smart bombs,” Nicholas Grossman, a University of Illinois professor and author of the book "Drones and Terrorism, told The Washington Post. “It means disseminating smart bombs more widely. This would shrink the gap between the most advanced militaries and the smaller ones.”

The United States and Israel incorporate suicide drones into their military arsenals.

In addition, terrorist groups such as Islamic State are known to have used drones in Syria and Iraq to carry out a range of deadly attacks.