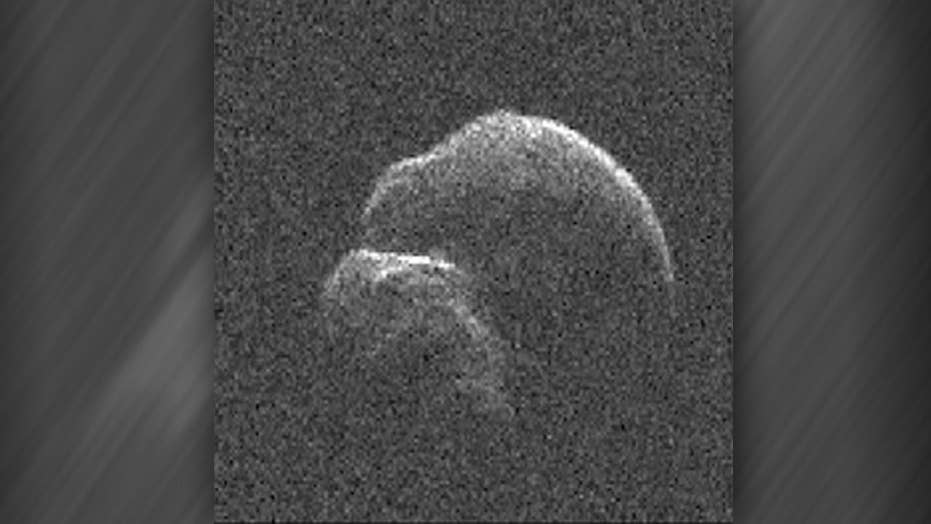 NASA has released radar images of the asteroid known as 2014 JO25, as the space rock prepares to fly by Earth on Wednesday night.

Various telescopes and observatories around the planet, including the Arecibo Observatory, have begun sending radar towards the asteroid, while also recording its echoes.

Additional observations of the asteroid are being made on April 19, 20 and 21, which may provide additional images of the rock as it continues its travels in outerspace.

NASA has previously said that the asteroid -- which was discovered 3 years ago -- will come within approxmately 1.1 million miles of Earth. "The encounter is the closest the object will have come to Earth in 400 years and will be its closest approach for at least the next 500 years," NASA said in an April 18 statement.

Below is a video on NASA's official YouTube page with the radar images put into motion:

The largest of the two lobes on the asteroid is estimated to be 2,000 feet across.