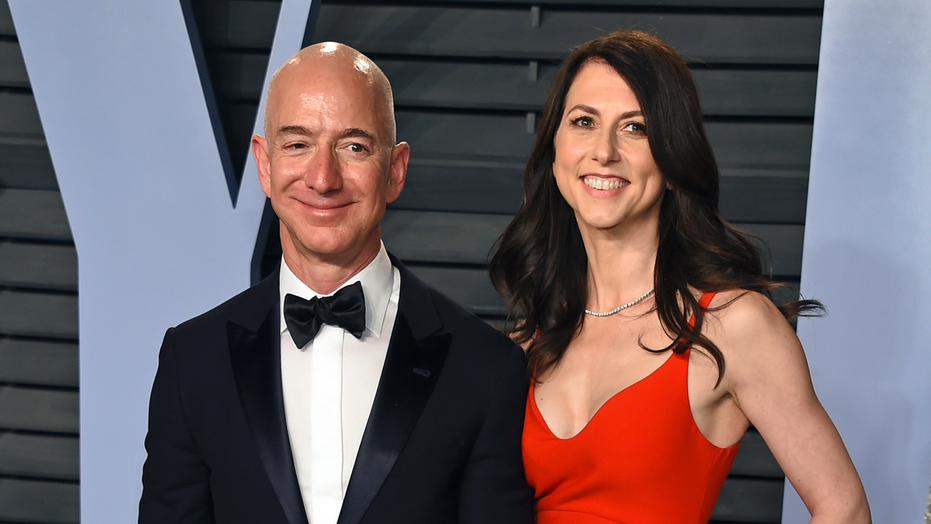 MacKenzie Bezos said on Tuesday that she would pledge half of her enormous fortune to charity, something her ex-husband, Jeff, has been criticized for not doing.

The ex-wife of Amazon founder and CEO Jeff Bezos finalized her divorce in April and reportedly got a stake in the online shopping giant worth over $35 billion. Jeff, who in addition to running Amazon, is also the founder of space exploration company, Blue Origin, will keep 75 percent of his Amazon stock and his ownership in the Washington Post.

The Giving Pledge was started in 2010 by 40 of the wealthiest people in the U.S. It involves billionaires pledging more than half of their wealth to charitable causes either while they are alive or in their wills.

MacKenzie, who is a budding author in her own right, said the inspiration to join the Giving Pledge came from a book she had read about writing, Annie Dillard's "The Writing Life."

"We each come by the gifts we have to offer by an infinite series of influences and lucky breaks we can never fully understand," she wrote in a letter, announcing her decision. "In addition to whatever assets life has nurtured in me, I have a disproportionate amount of money to share."

"My approach to philanthropy will continue to be thoughtful," she added. "It will take time and effort and care. But I won’t wait. And I will keep at it until the safe is empty."

Jeff, who has not signed the Giving Pledge that so many other billionaires have, lauded the move in a tweet.

"MacKenzie is going to be amazing and thoughtful and effective at philanthropy, and I’m proud of her," the 55-year-old Amazon CEO wrote on Twitter. "Her letter is so beautiful. Go get ‘em MacKenzie."