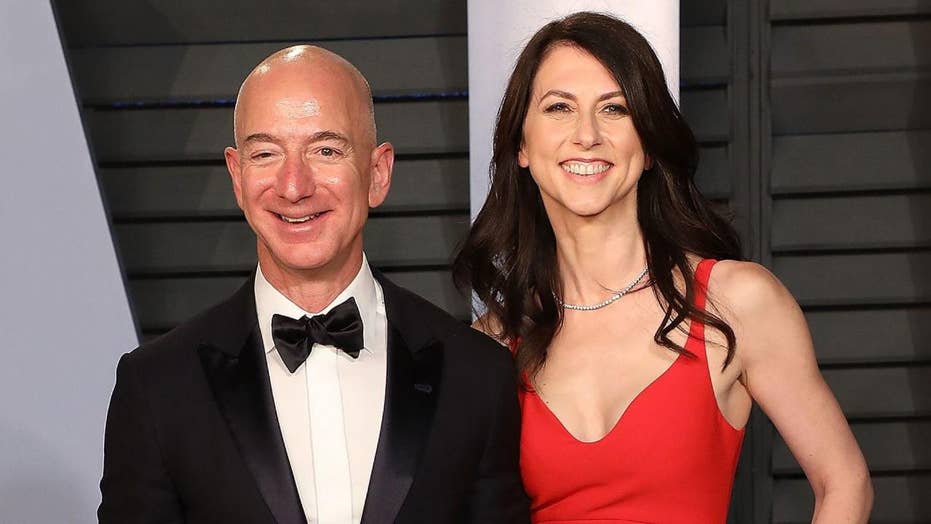 Amazon CEO Jeff Bezos will keep 75 percent of the Amazon stock he and his now ex-wife MacKenzie own, as part of the settlement agreement she disclosed on Thursday.

Amazon CEO Jeff Bezos will keep 75 percent of the Amazon stock he and his now ex-wife MacKenzie own, as part of the settlement agreement she disclosed on Thursday.

MacKenzie, who is a budding author in her own right, also said that the divorce is now finalized and her ex-husband Jeff will get her interests in the Washington Post and the space exploration company he founded, Blue Origin.

"Grateful to have finished the process of dissolving my marriage with Jeff with support from each other and everyone who reached out to us in kindness, and looking forward to next phase as co-parents and friends," MacKenzie wrote in her first tweet. "Happy to be giving him all of my interests in the Washington Post, Blue Origin, and 75 [percent] of our Amazon stock plus voting control of my shares to support his continued contributions with the teams of these incredible companies. Excited about my own plans. Grateful for the past as I look forward to what comes next."

JEFF BEZOS JUST TAUGHT US ALL A LESSON ABOUT PHONE SECURITY

Jeff responded with a tweet of his own, thanking MacKenzie for her "support and kindness in this process."

Speculation had cropped up over what the potential settlement would be between the 55-year-old Bezos and his ex-wife, with some suggesting it could cost the tech titan nearly $70 billion. Citing "sources with direct knowledge," TMZ reported in January that the Bezos' did not have a prenuptial agreement, but it appears to have been an amicable divorce between the two parties.

After the settlement, Bloomberg reported that MacKenzie would be the fourth-richest woman in the world, walking away with at least $35 billion, according to calculations done by Fox News.

News of the divorce first made headlines in January when Jeff tweeted that he and MacKenzie were dissolving their marriage after 25 years.

Since the divorce became public, the Amazon CEO has remained in the spotlight, due in part to his relationship with Lauren Sanchez. Illicit pictures and text messages were stolen from Bezos' phone and Bezos' longtime security consultant, Gavin de Becker, recently said he believes the Saudi Arabian government was behind the hack.

In an op-ed in The Daily Beast, de Becker said that he and other security experts probed how anyone could access Bezos' private phone messages to his girlfriend, Lauren Sanchez, after some of them were published on The National Enquirer and became the subject of an extortion plot. American Media Inc., which publishes The National Enquirer, is led by David Pecker who has longstanding ties to President Donald Trump.

“Our investigators and several experts concluded with high confidence that the Saudis had access to Bezos’ phone, and gained private information. As of today, it is unclear to what degree, if any, AMI was aware of the details,” de Becker wrote in the op-ed.

The Saudi Arabian government has denied any involvement in the affair.