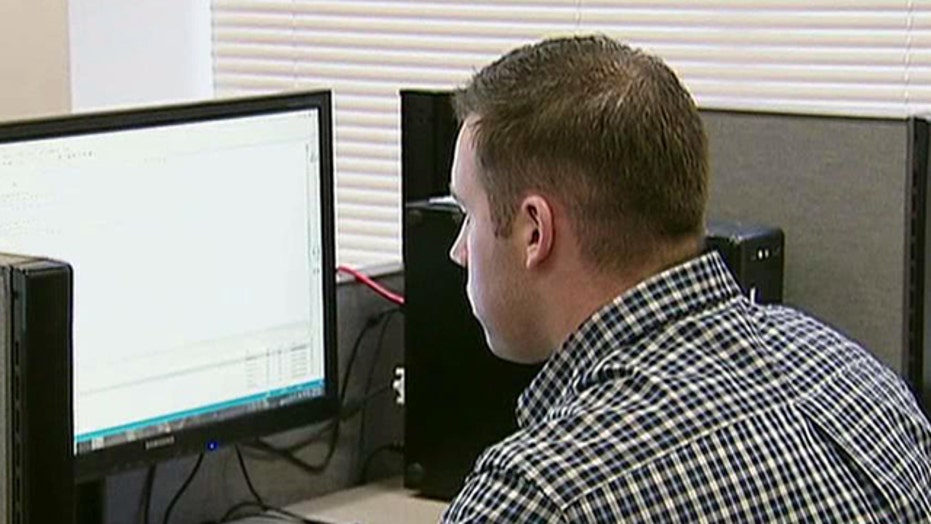 Special Forces Sergeant Bernard Bergan served in the Philippines and Afghanistan during his five-year military career. Now he’s getting ready to leave the Army -- but, unlike his fellow soldiers, on the day he gets out, he’ll have a good tech job at Microsoft waiting for him.

“The big fear in transitioning to the civilian sector,” Bergan told FoxNews.com, “is that you have to retrain all your skill sets. And that doesn’t always translate well for most people.”

Bergan is among 23 soon-to-be veterans taking an intensive, 16-week course at Joint Base Lewis McChord in Washington State. It’s the inaugural class of what Microsoft calls its Software and Systems Academy. When they finish next month, they’ll all get hired by either Microsoft or one of its contractors, earning as much as $100,000.

“They’re very talented,” said Microsoft executive vice president Brad Smith. “They’ve got the drive, the self-discipline and the problem solving skills. It’s apparent if we can close this remaining skills gap, that these are people who are highly likely to be successful.”

Microsoft is investing $1 million into the program, which comes as the military begins a 30 percent force reduction over the next 4 years. More than a quarter million service members will exit the military in 2014. The concern is that many will have a hard time finding work.

According to the Bureau of Labor Statistics, post 9/11 veterans have an unemployment rate of 10.1 percent. That’s nearly 3 percent higher than the overall unemployment rate for the U.S. And the Iraq and Afghanistan Veterans of America group says it’s even higher. A recent survey of members found 16 percent jobless. And of that group, 45 percent had been out of work for at least a year.

“In the military we have a very specific culture, a specific language,” said Tim Bomke, a veteran now working in the Army Continuing Education System. “It’s difficult to translate that often times into the civilian sector.”

Bomke knows from his own experience. As an Army Captain he lost his right leg after an IED attack in Iraq in 2005. Three years later he received a medical discharge. It took him until 2011 to get his first civilian job as a veteran. They were difficult and stressful times for Bomke, who was married with a daughter.

Microsoft is hoping other companies follow its lead in offering training to bridge the gap. The software giant plans to expand its academy to military bases in Texas and California next year. Future graduates will get a job interview and hopefully the skills to make that leap from the battlefield to the business world a lot easier.