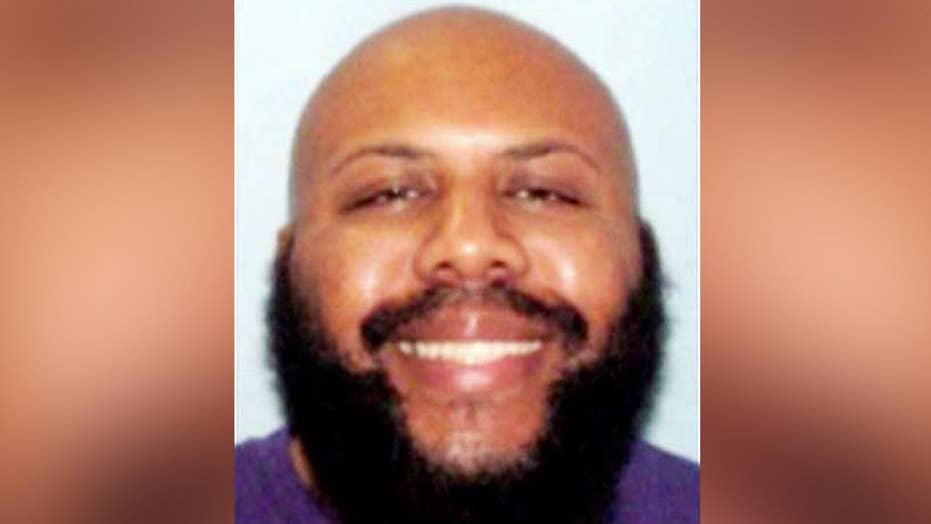 Footage posted to Facebook Sunday showing the horrific random killing of an elderly man is yet another example of how the social network has become a sort of modern-day Roman Colosseum for gruesome acts.

Police have launched a massive manhunt for Steve Stephens, who is charged with aggravated murder in the death of Robert Godwin.

The chilling Facebook video purportedly shows Stephens, 37, getting out of his car and targeting Goodwin, 74. The video of the killing was on the social media site for three hours Sunday before it was removed. Stephens' account also was removed.

SEARCH FOR FACEBOOK KILLER INTENSIFIES; POLICE SAY SUSPECT COULD 'BE A LOT OF PLACES'

Facebook is also removing any other instances of the Cleveland shooting video it finds on the social network.

Facebook said the suspect did go live on the social media website at one point during the day, but not during the killing. Police said earlier that Stephens had broadcast it on Facebook Live.

Social media expert and President of JRM Comms Jason Mollica told Fox News that, for some people, there is a very real desire to share horrible acts with a large number of people via social media. “There’s clearly that level of ‘I am going to get as much recognition for this” as possible,” he said. “It’s a sign of the times, we are in a digital world.”

Social media sites are now much more vigilant when it comes to dealing with this type of footage, according to Mollica. “With social networks, they are doing the best they can, when these things happen, to ensure that [the content] is pulled down.”

However, online media expert Eric Schiffer, CEO of DigitalMarketing.com and tech holding company Patriarch Group, says there is more work ahead for Facebook. "Social media is now hijacked by disturbed murderers who want instant fame for their sick killing spree obsessions," he said, in a statement emailed to Fox News. "Facebook has a duty to monitor uploaded video content of cold blooded murders just like their duty to eliminate digital hate."

Following the Cleveland shooting, Facebook vowed to continue its clampdown on sick videos. "This is a horrific crime and we do not allow this kind of content on Facebook," it said, in a statement. "We work hard to keep a safe environment on Facebook, and are in touch with law enforcement in emergencies when there are direct threats to physical safety."

Facebook Live, in particular, poses a huge challenge for the social network as evidenced this year, in January, when a mentally disabled man in Chicago was bound, duct-taped and tortured, allegedly by four suspects who yelled anti-Trump and racial slurs while broadcasting the heinous ordeal on Facebook Live.

In March, the rape of a 15-year-old girl was livestreamed via the service.

The Live feature has also been used to livestream a number of suicides, prompting Facebook to integrate suicide prevention tools into the feature.