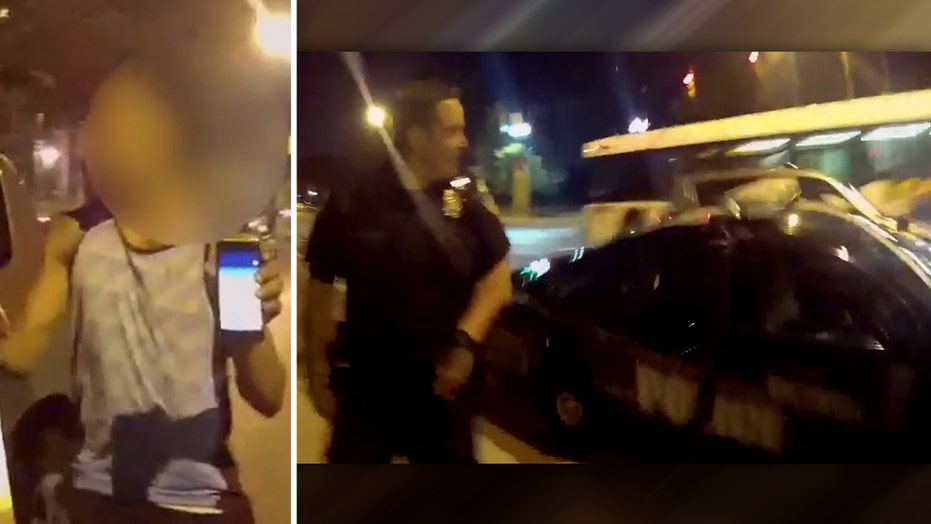 A driver has smashed into a police car while playing Pokemon GO at the wheel.

#PokemonGO is not all fun and games. Here is a video of a distracted driver who struck one of our cars. #PlaySafe pic.twitter.com/kOTfbTcILo

The driver pulled over about less than a mile down the road and showed police his phone connected to the hit app as he got out of the vehicle.

When police asked if he was OK, the driver - who has not been named - said: "That's what I get for playing this dumb*** game."

No-one was injured in the incident.

Police showed the video at a news conference, where they revealed two other incidents involving Pokemon hunters running into trouble.

Police have not yet decided on charges for the driver involved in the crash.