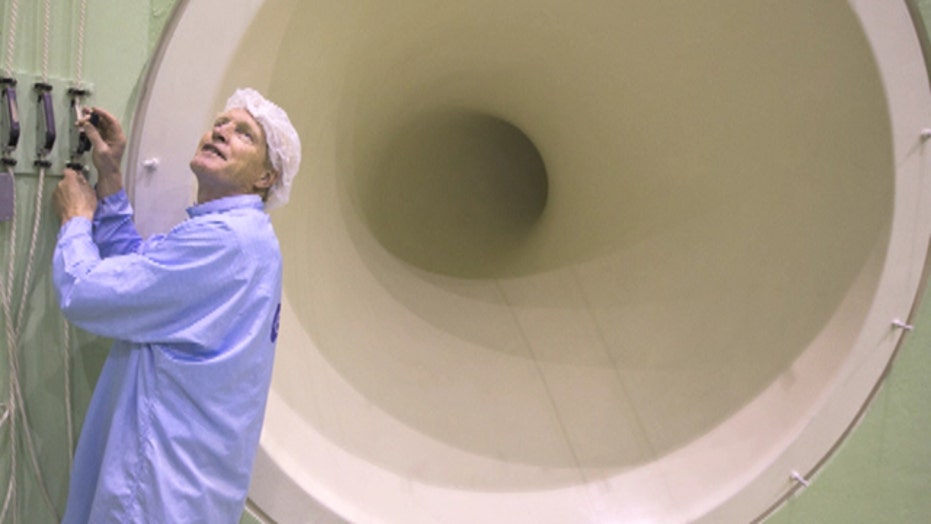 Is sound the weapon?

The European Space Agency's Large European Acoustic Facility spits out a deadly 154 decibels, the future of wearable gizmos, and how to make a modern mixtape.

Sound may be your next deadly threat.

The European Space Agency’s Large European Acoustic Facility (that’s LEAF for short) has a 36-foot wide by 54-foot high wall of sound designed to simulate the noise of a rocket launch. But at 154 decibels, a person couldn't withstand the power of the force -- and would ultimately perish from it, the agency said. It’s not meant as a weapon, however, but rather designed to stress-test pricey satellites before attaching them to actual rockets.

Much of today’s tech can be worn, but with new wearables coming out daily, what will that future really look like? CNET has some well-informed predictions, thanks to interviews with several tech leaders. In terms of smart watches, Qualcomm’s CEO-elect Steve Mollenkopf says that field will be driven by health and fitness bands which will continue to evolve. Other companies are working on noninvasive blood chemistry sensors that transmit data along laser beams, the site reported. Another neat innovation: Smart buttons that change the color of a fabric when pushed.

The days of the mix tape cassette are long behind us, but with music mixing apps, you could make your valentine a love album nonetheless. The Djay app is a great tool for both beginners and seasoned mixers, according to mashable.com. The turntable design shows off album art, and leaves out unnecessary buttons and cheesy effects. Have fun clicking around and testing out features to get comfortable, and experiment with transitions to vary your mixes. The cost? $19.99.

Too much? Try VirtualDJ Home. It’s not as easy to use as Djay but it's free, just like the best thing in life -- love.