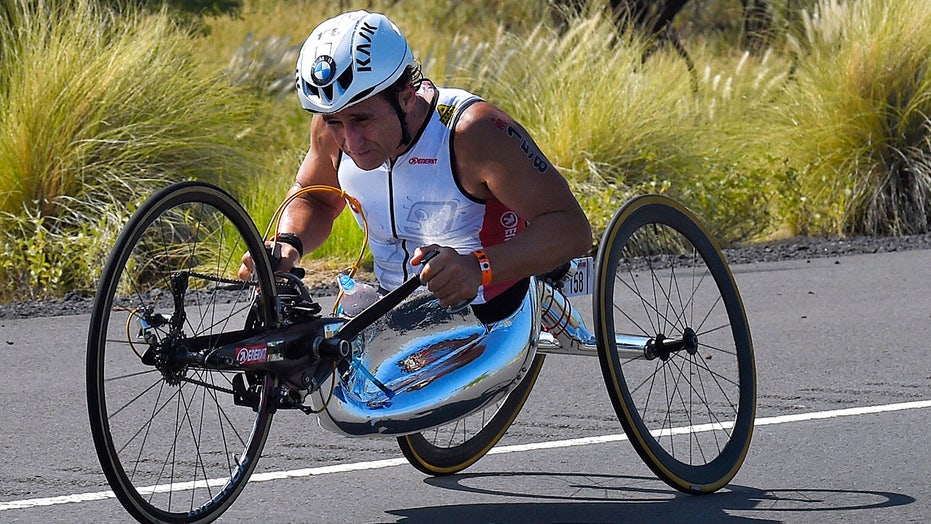 Doctors treating Italian auto racing champion-turned-Paralympic gold medalist Alex Zanardi say he remains stable after a crash on his handbike but is at risk of unforeseen complications.

In a new medical update Sunday, the Santa Maria alle Scotte hospital in Siena said the longer Zanardi’s vital signs remain stable, the better off he is. But the update warned that his neurological condition remained grave and that doctors cannot “exclude the possibility of adverse events.”

Zanardi, who lost both of his legs in an auto racing crash nearly 20 years ago, has been in a medically induced coma and on a ventilator since he crashed his handbike into a truck near the Tuscan town of Pienza during a relay race Friday.

Doctors say he suffered serious facial and cranial trauma and have warned of possible brain damage.

The 53-year-old Zanardi won two championships in CART in the United States and had two stints in Formula One. He crashed during a CART event in Germany in 2001 when both of his legs were severed in a horrific accident the weekend after the Sept. 11 terrorist attacks.

During his recovery, Zanardi designed his own prosthetics and learned to walk again. He then turned his attention to hand cycling and developed into one of the most accomplished athletes in the world. He won four gold medals and two silvers at the 2012 and 2016 Paralympics, competed in the New York City Marathon and set an Ironman record in his class.