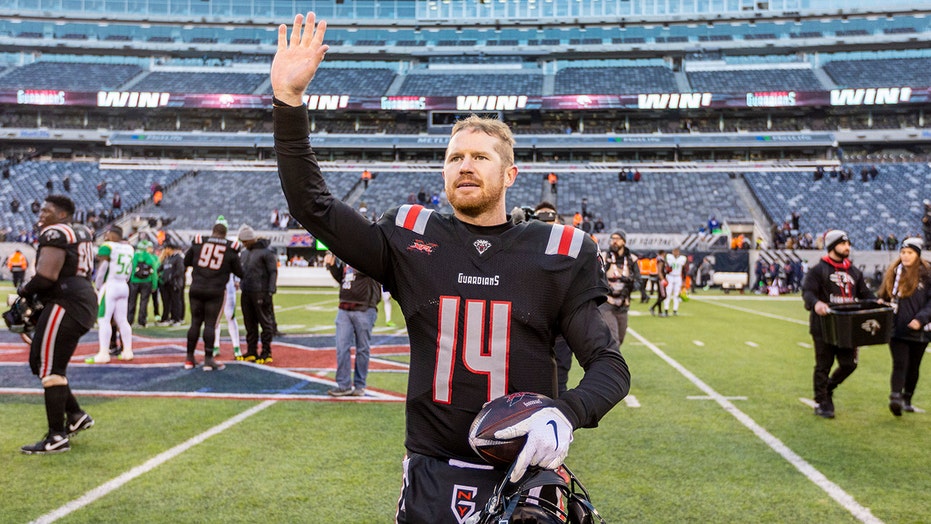 The XFL made its return to the national spotlight over the weekend and received some positive reviews about the quality of play, unconventional rule changes and other things.

All of the teams were in action as several familiar faces took the field including, Matt McGloin for the New York Guardians, Cardale Jones for the DC Defenders and Matt Jones for the St. Louis BattleHawks. Bob Stoops, of the Dallas Renegades, and Jerry Glanville, of the Tampa Bay Vipers, also returned to the sidelines to coach their respective teams.

Here were the scores from the weekend in the XFL.

Here are some moments you may have missed.

FIRST XFL TOUCHDOWN: The Seattle Dragons put the first XFL touchdown on the board against the DC Defenders. Quarterback Brandon Silvers found Austin Proehl for a 14-yard touchdown pass. Proehl is the son of former NFL wide receiver Ricky Proehl – who was a two-time Super Bowl champion.

NICK HOLLEY BACK ON A FIELD: Nick Holley made his debut with the Houston Roughnecks on Saturday. He never found longevity in the NFL because of injuries. But after three torn ACLs and a broken back, he told FOX Sports’ Brock Huard why he keeps playing the game. He had four catches for 50 yards in the Roughnecks’ win.

DC DEFENDERS BLOCKED PUNT: The Defenders showed off their special teams’ prowess against the Dragons. In the second quarter, Defenders player Jonathan Celestin recovered a blocked punt and scored a touchdown. The score was a part of a high-scoring affair for DC.

FIRST XFL EJECTION: While the XFL had a bunch of firsts in its opening weekend, nobody probably saw the league’s first ejection happening. Tampa Bay Vipers defensive tackle Ricky Walker became the first player to get ejected when he threw a punch at New York Guardians center Ian Silberman.

FANS GET WEIRD: Guardians fans packed the lower bowl of MetLife Stadium for the first game of the season. There was one moment where fans were spotted eating cheese straight out of the plastic wrapping and looking directly into the camera. It caught even the broadcasters off guard.

Here is the schedule for Week 2 of the XFL.