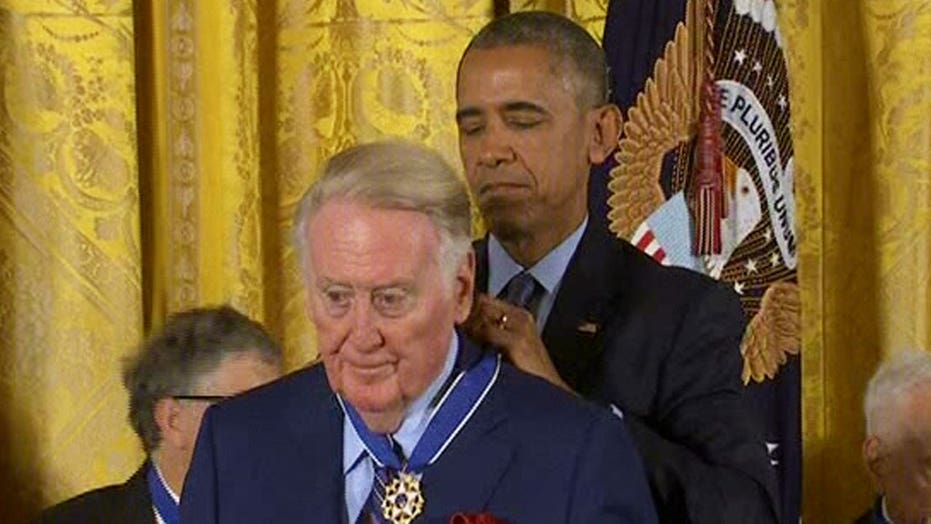 Broadcasting legend Vin Scully was in Washington D.C. Tuesday to accept the Presidential Medal of Freedom - the nation's highest civilian honor - and the photos of Scully from the White House will make your day.

Scully was overwhelmed that the president would be honoring an "old baseball announcer" when Press Secretary Josh Earnest broke the news to him over a phone call last week, and he had a smile on his face from the moment he arrived in Washington.

Scully was one of three people from the world of sports to receive the award in 2016, along with Michael Jordan and Kareem Abdul-Jabbar.

He also posed for a photo with Bruce Springsteen.

You can watch the ceremony below: