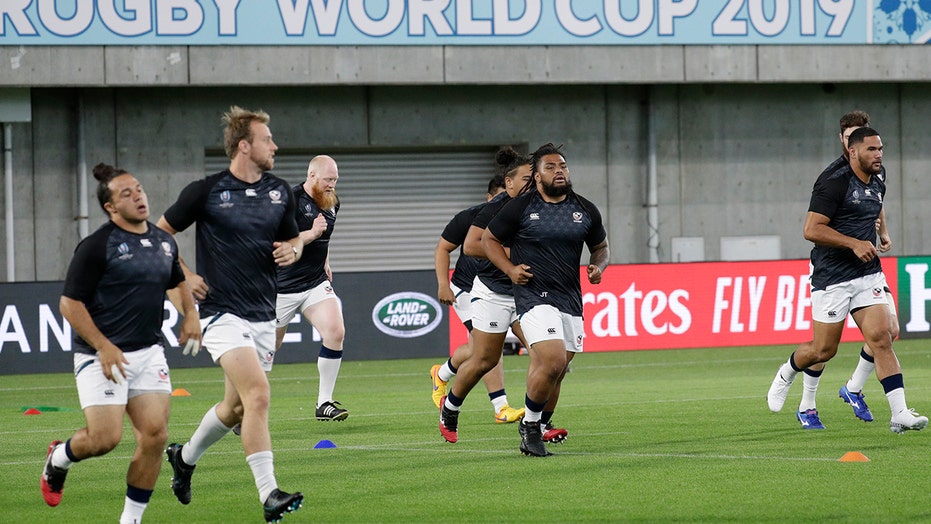 Ebner posted a video on Twitter in a bid to get the U.S. team fired up, bringing in Brady for the assist.

“What’s up world? I just want to give a shout out to the U.S.A. rugby guys as they start their journey for the 2019 Rugby World Cup in Japan,” Ebner said. “They play England tomorrow. We can’t wait to see what they’re gonna do. Excited to watch. The whole country has got y’alls back. And we can’t wait.”

Ebner then panned to his left and Brady appeared.

“What’s up fellas? Good luck to you guys,” Brady said. “We’re cheering you on. Hey, it’s a tough journey but if anybody can do it, you guys can. We support you. We love you. We got your back.”

SAMOA'S TATTOOED RUGBY PLAYERS TO COVER UP AT TIMES IN JAPAN

The U.S. enters as No. 13 in the world rankings and has never progressed further than the pool state at the Rugby World Cup.