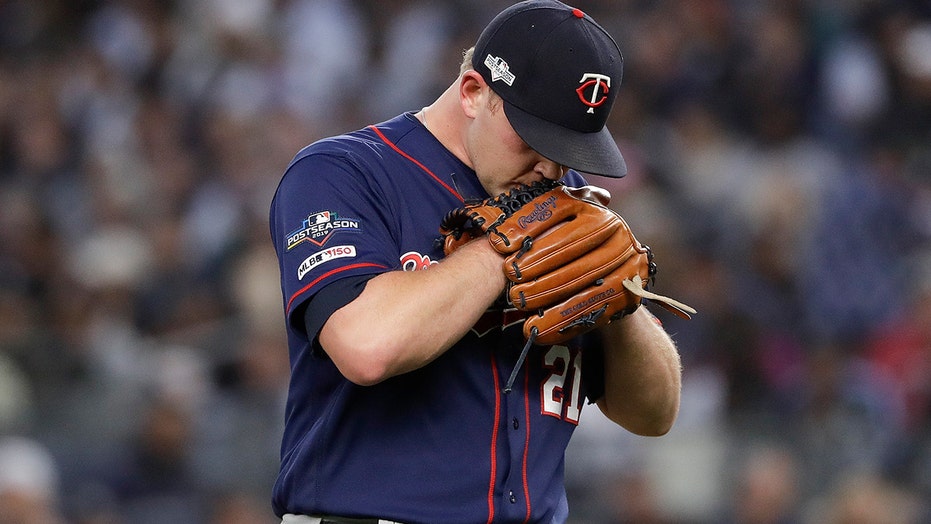 Duffey complained he had never received the kind of treatment he received at Yankee Stadium anywhere else. The reliever appeared in both of Minnesota’s losses at the stadium, allowing a hit and a walk in one inning in Game 1 and giving up four runs in a brutal Game 2 outing during which he got just two outs.

Duffey added that some Yankees fans were throwing beer at him and cursing at him throughout his appearances.

“Someone told me they were going to do something to my wife while we were in New York," Duffey said. "They take full advantage of whatever they paid for that ticket and they get their full money’s worth.”

Duffey called the ordeal a learning experience for him and his teammates.

The environment at Yankee Stadium may have been partly to blame for why the Twins got rocked in each of the first two games of the series. The teams played Game 3 in Minnesota, however, and New York beat the Twins again there, 5-1, to advance to the AL Championship Series.

Duffey finished his fifth season with the Twins having appeared in 58 games and recorded a 2.50 ERA and a 12.8 K/9.

In his career during the regular season, Duffey has appeared four times at Yankee Stadium and has allowed seven earned runs on nine hits. He’s struck out 10 batters but has a 5.56 ERA.