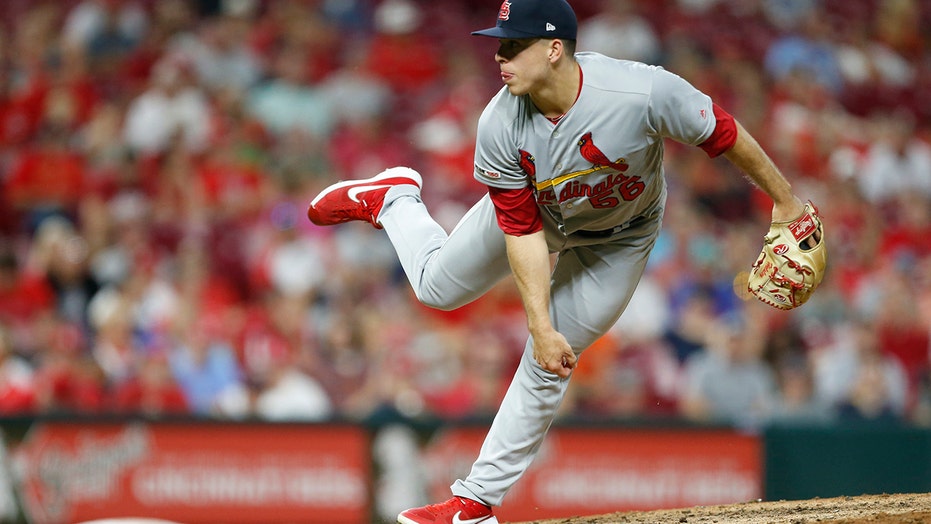 The Atlanta Braves organization took a complaint from a Native American St. Louis Cardinals pitcher into consideration and on Wednesday the club did not distribute foam tomahawks before their Game 5 matchup.

The Braves’ decision stemmed from pitcher Ryan Helsley expressing his feelings about the Tomahawk Chop chant that fans have done at Braves' home games since the 1990s. Helsley is a member of the Cherokee Nation and found the chants insulting.

The Braves said prior to the start of the National League Division Series game they were taking the necessary steps to “reduce the Tomahawk Chop during our in-ballpark presentation today.” The team said it would not play the music that accompanies the chant when Helsley was in the game.

CLAYTON KERSHAW HAS ANOTHER POSTSEASON DEBACLE IN DODGERS LOSS: 'IT MIGHT LINGER FOR A WHILE'

Helsley told the St. Louis Post-Dispatch he was shocked by what he saw at the series’ opener last week.

“I think it's a misrepresentation of the Cherokee people or Native Americans in general,” he said.

“Just depicts them in this kind of caveman-type people way who aren't intellectual. They are a lot more than that. It's not me being offended by the whole mascot thing. It's not. It's about the misconception of us, the Native Americans, and how we're perceived in that way, or used as mascots. The Redskins and stuff like that.”

Helsley is from Tahlequah, Okla., speaks the Cherokee language and is one of a handful of Native Americans in the majors.