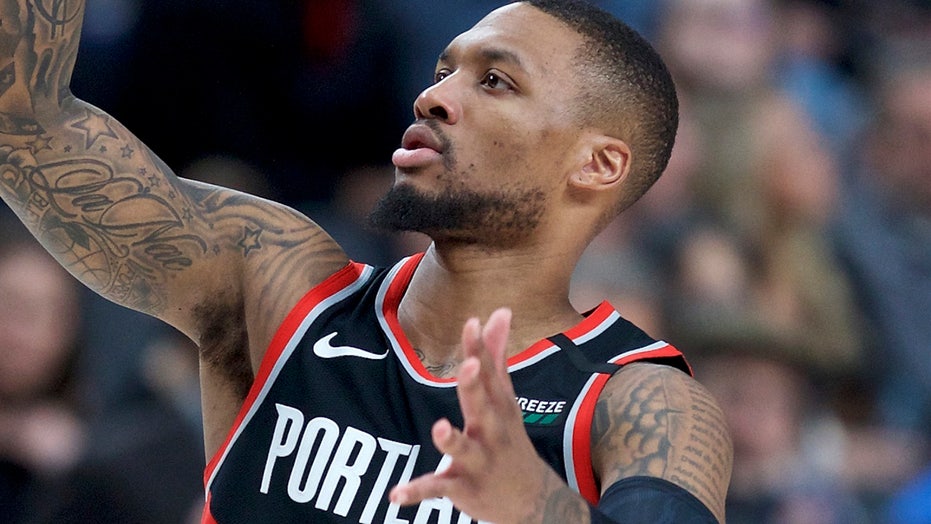 Portland Trail Blazers star Damian Lillard said when he sees a flash red and blue light behind him while he’s driving, he’s not thinking about getting a ticket — and that’s a problem.

Lillard, who grew up in Oakland, Calif., and attended Weber State University, said in an interview with GQ Magazine published Friday he goes back to the advice his mother and grandmother gave him when he was a child – to keep his head down and “stay out of dodge” – and it’s something that he still carries with him to this day.

“I make hundreds of millions of dollars,” he told GQ. “I’m a professional athlete and all these things, and when I see a cop get behind me, my concern is never the ticket. When people are getting pulled over they’re like, “Man, I’m gonna get a ticket.” I don’t think about the ticket! I think, “I don’t know what’s gonna happen.” I literally think that. And that’s a problem, man. Because I know I’m not the only one.”

Portland Trail Blazers' Damian Lillard, center, joins other demonstrators in Portland, Ore., during a protest against police brutality and racism, sparked by the death of George Floyd, who died May 25 after being restrained by police in Minneapolis. (AP Photo/Craig Mitchelldyer)

He also revealed a story of police in Nevada tearing his new car apart to search for drugs during a traffic stop when he was entering his senior season at Weber State. Lillard said he made clear there were no drugs in the car. And there weren’t.

“They just tore my car apart and then three hours later after being on the side of the road in the desert. It was three squad cars out there, six cops, and they just harassed us, basically. And I didn’t even get a ticket! And I put this on my son’s life, this a true story, man,” he said.

As far as the defund the police movement goes, Lillard said that the abundant money and resources that go to police departments should be redistributed into black communities.

“I went to a school where teachers were passionate about teaching us and being part of our lives because they cared about our community, which we were fortunate to have. But everybody don’t have that.”

Lillard and the Trail Blazers are about to hit the road for the NBA’s 22-team restart. He admitted that it will be a battle for him to play in games while there are protests going on across the U.S.